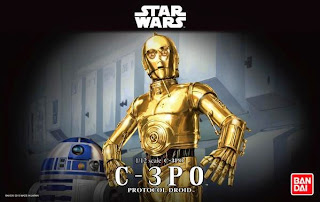 The most recent addition to Bandai's wonderful line of 1/12 scale figure kits, C-3PO joins R2-D2, Darth Vader, and the Imperial Stormtrooper to round out a nice offering of iconic Star Wars characters.

The kit offers the level of detail that is expected from Bandai, right down to the multiple options provided to build Threepio has he is seen in the various Original Trilogy movies. Included is the communicator he used to talk to Luke during the Death Star rescue in A New Hope, two faceplates (one with a dent and one without), one eye that has been pulled from its socket (as seen on Jabba's sailbarge in Return of the Jedi), restraining bolts, and two arm/hand options. True to the costume worn by Daniels, this model does not have the range of movement most people are used to with a Bandai figure kit. To help remedy this, Bandai included two static arms that can be used to give the model its well known bent arm pose and a multiple piece set of arms that offer flexibility in the elbow joint. The downside to the flexible arms is that some of pieces used to build it do not have the bright gold plating featured on the rest of the kit. Painting the pieces is easy enough, but matching the plating would be difficult and the best metallic paints on the market might be out of the skill level for the younger or novice modeller. For the torso and back of the knees, both stickers and waterslide decals are provided to replicate the wiring seen on the costume. However, painting this areas is an option as well. The plating on the model is fantastic and appears to be very close to how it appears on screen. Another plus, almost all of the parts are undergated to preserve the plating when they are being clipped from the sprue. Most parts that aren't undergated will be hidden except for the back of the calves. Though it is a slight disappointment, it can be hidden with a quick splash of paint or ignored since it won't be see if the model is in a static display. 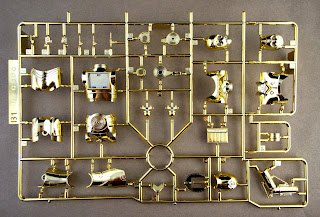 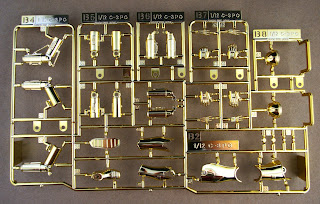 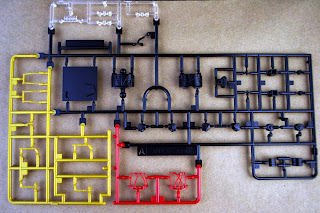 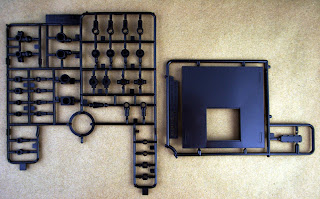 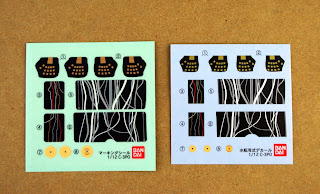 Overall, the kit is a wonderful experience and goes together quite well. The only issues I found were that the shoulder and wrist connections are a little loose but they have no problem staying in place when left undisturbed. Painting this kit was very easy because there wasn't much painting involved. The torso section was painted with Tamiya Rubber Black (XF-85) and given a light drybrush with 502 Abteilung Faded UN Grey. I then used various Vallejo greys to pick out the wires. The back of the knee joint was painted in a similar fashion, The torso hydraulics were painted with Vallejo Liquid Metal Old Gold and VMA Steel. I also used VMA Steel to paint the hydraulics on the arms. After it was completed, I gave the entire model a gunk wash with 502 Abteilung Starship Filth oil paint. It's an easy process: apply undiluted oil paint directly on the model where you want it and then use a rag to wipe off the excess. It leaves the build up in the nooks and crannies and gives the entire surface a nice patina. The oil drips on his chest were painted with thinned down 502 Abteilung Engine Grease oil paint.
Posted by TJ Haller at 6:26 PM