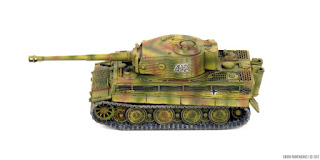 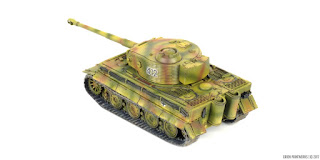 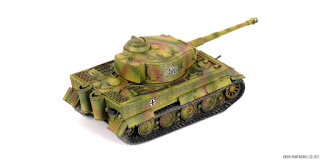 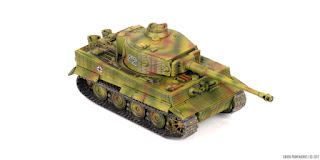 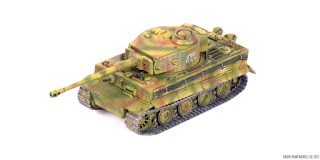 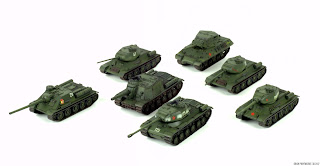 I recently started playing the TANKS skirmish game by Gale Force 9 and Battlefront, the same companies that put out Flames of War, a 15mm scale World War II tabletop game. TANKS is a face-paced and light skirmish game played on a 3'x3' table with a couple pieces of terrain. The starter kit comes with two M4 Shermans and one Panther plus extra cards for the other factions, so you can use models you might already have. There are three factions to choose from: American, British, Soviet, and German. I started off with the Soviets and built a small force using a mix of the GF9 models and some 1/100 scale Zvezda models. I have an IS-2, three T-34/85s, an M10 tank destroyer, an SU-100, tank destroyer, and an ISU-152 assault gun. These were all painted with Tamiya acrylics and weathered with Mig enamels and pigments.
Posted by TJ Haller at 1:17 PM 1 comment: 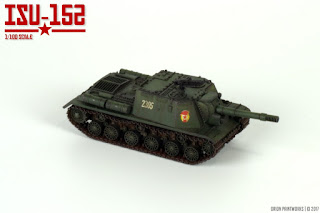 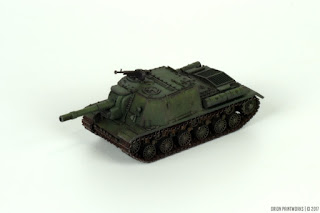 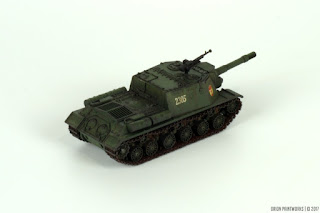 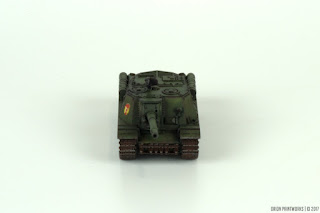 A friend of mine (who has already bought numerous pieces from me) asked me to build him General Antoc Merrick's Blue One X-wing from Rogue One. Since he was an awesome character with a killer mustache, I immediately accepted! After the break, I'll dive into my progress on the build. 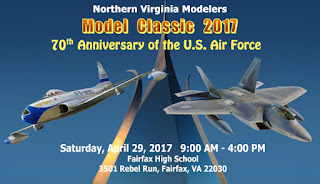 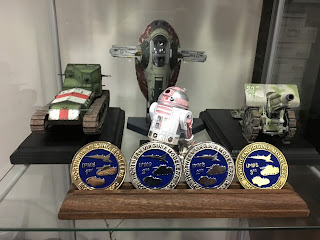