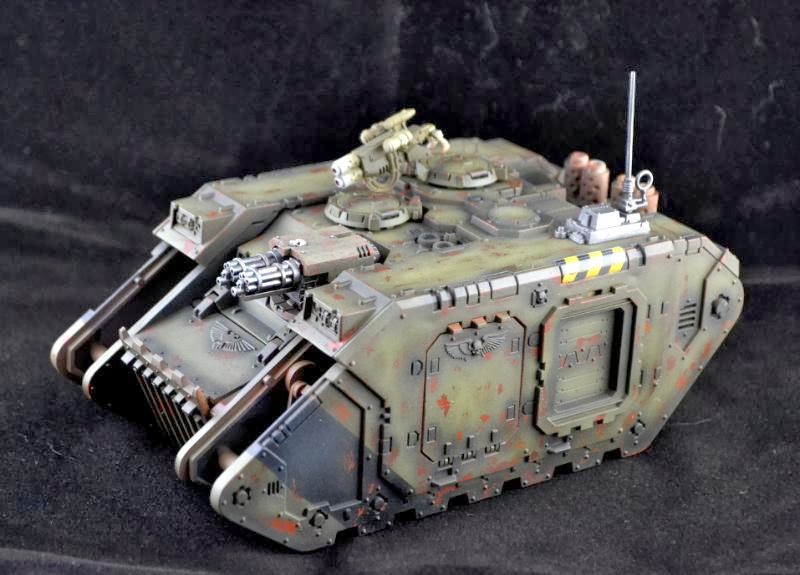 So this is my first tutorial and the topic is how I use AK Interactive Chipping Fluid to create some nice weathering effects on tanks. Read more after the break. 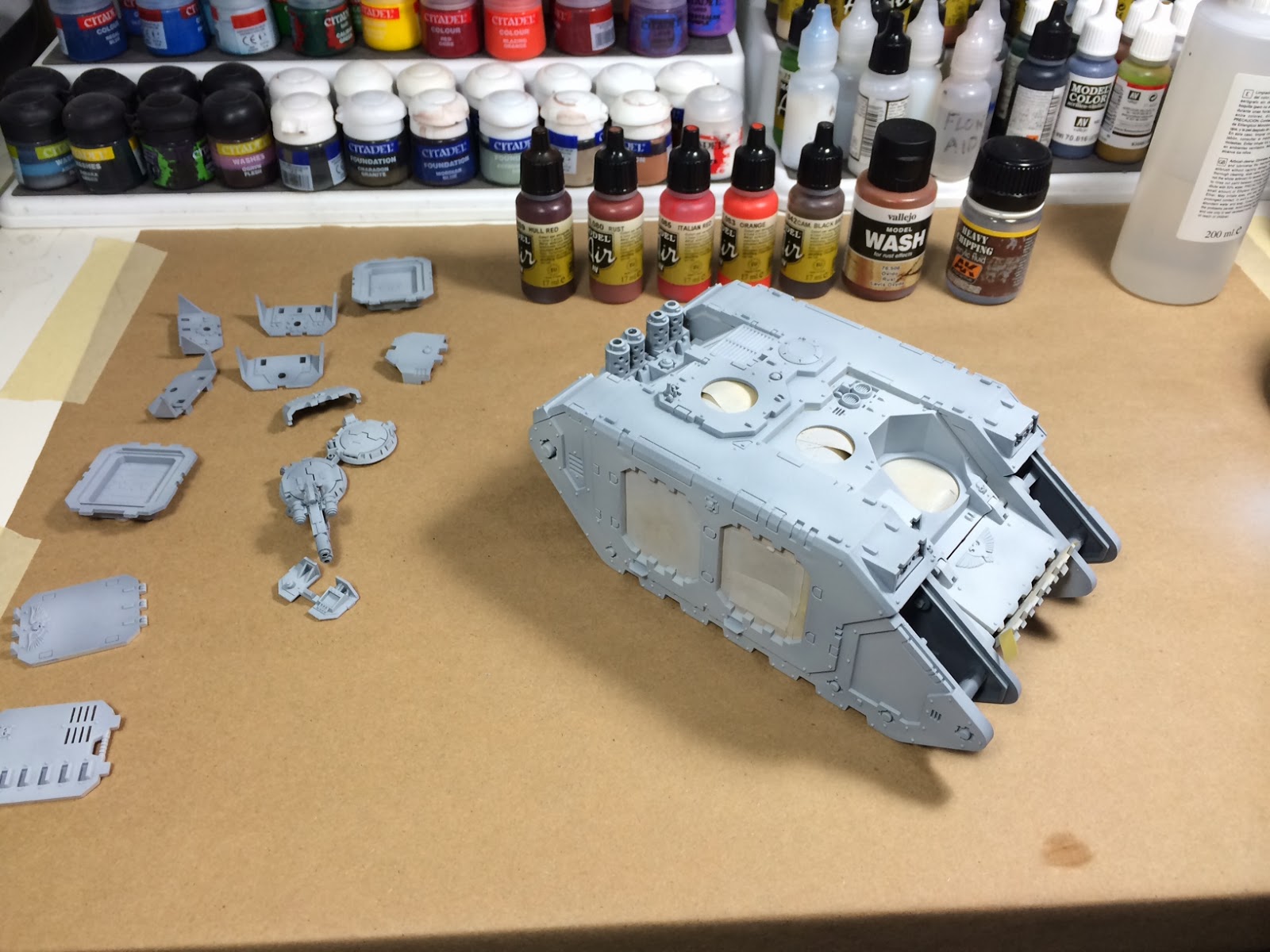 The first thing to do after the tank is assembled is to give a coat of primer. Since I want the basecoat a little brighter, I used Vallejo Surface Primer Grey. Take notice that the pieces are given a light coat of the Surface Primer and some of the plastic is showing through. 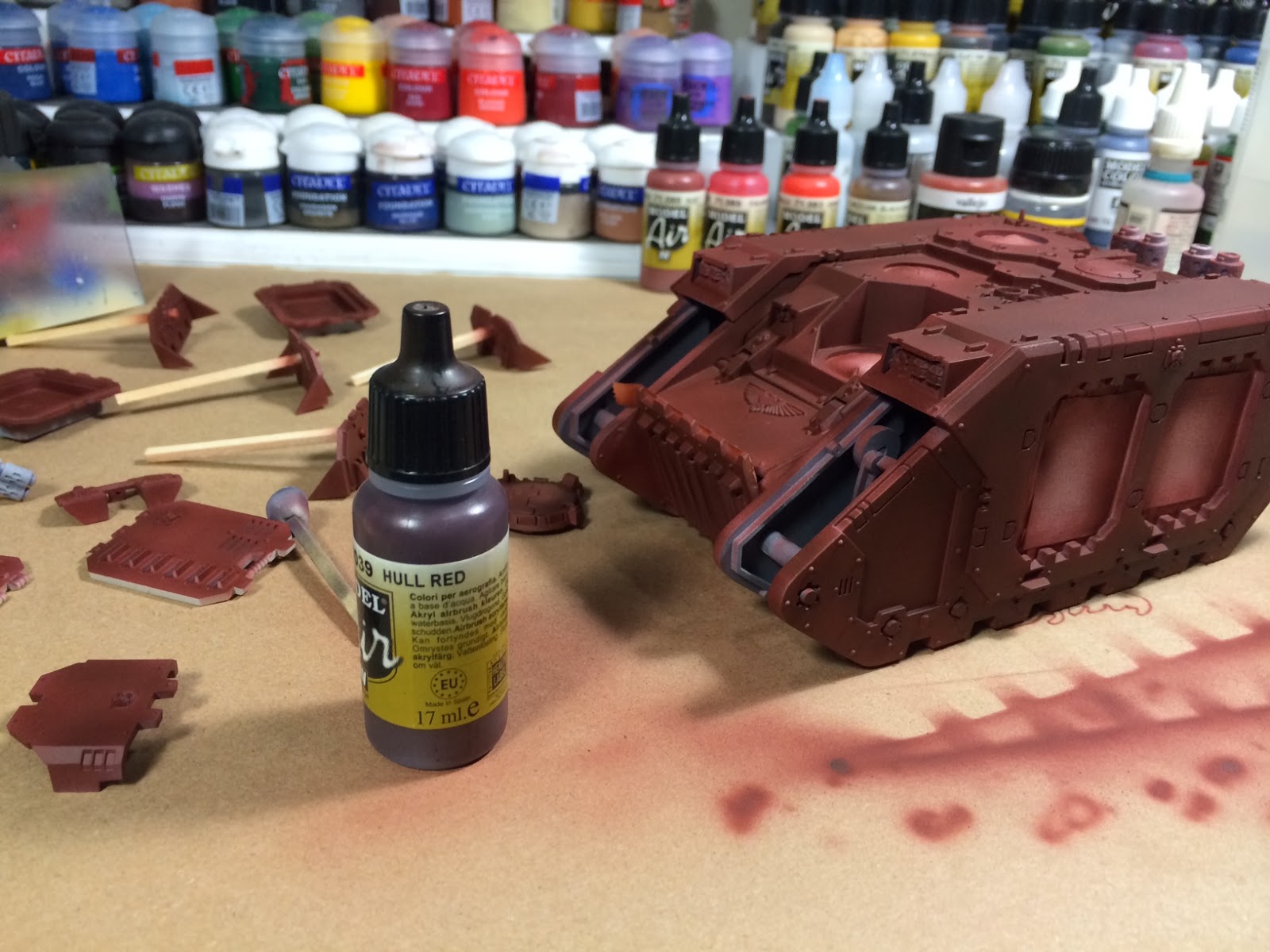 The first color used was Vallejo Model Air Hull Red. I did not worry too much about making the basecoat 100% even since there will be multiple coats of other colors on top. 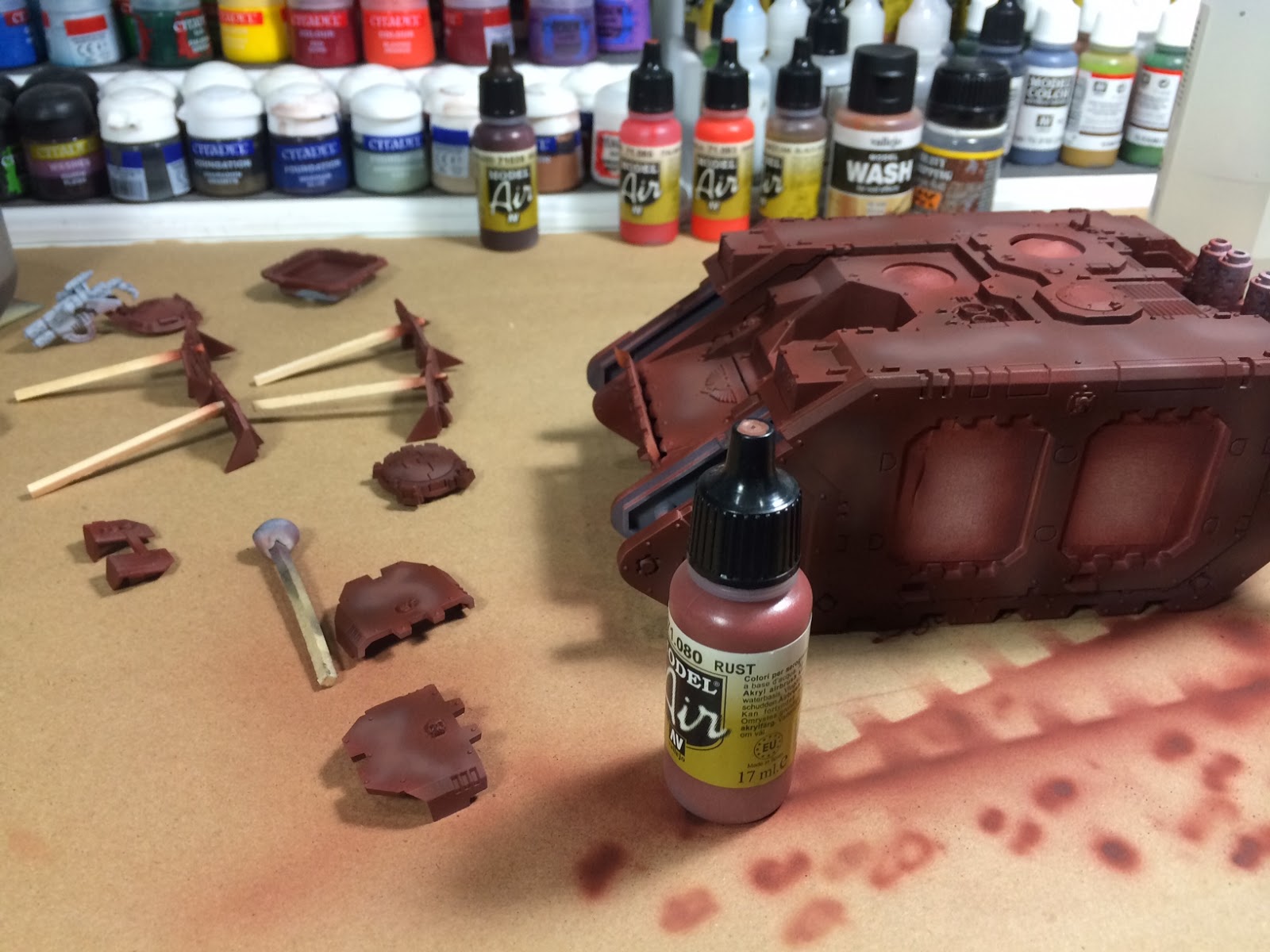 The second color used was VMA Rust which is lighter than Hull Red. I know this may run contrary to what most people would do, but I wanted to keep the variation in colors a little more subtle. The color was applied in random splotches around the model. 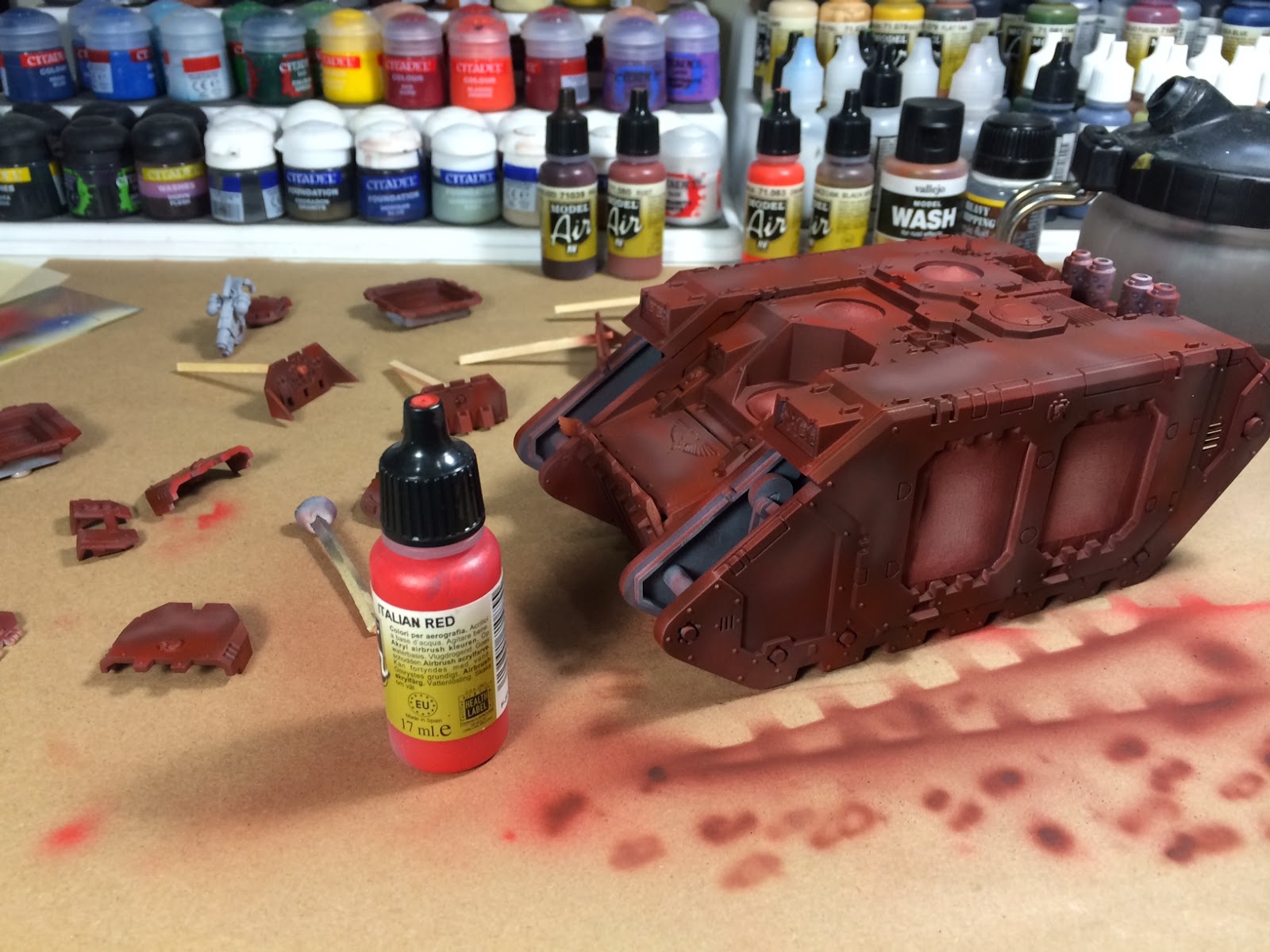 The next color was VMA Italian Red. This is a nice deep red that I felt goes well with the other colors. The red will also be toned down slightly once the filter is applied. Again, I applied this color randomly across the model. 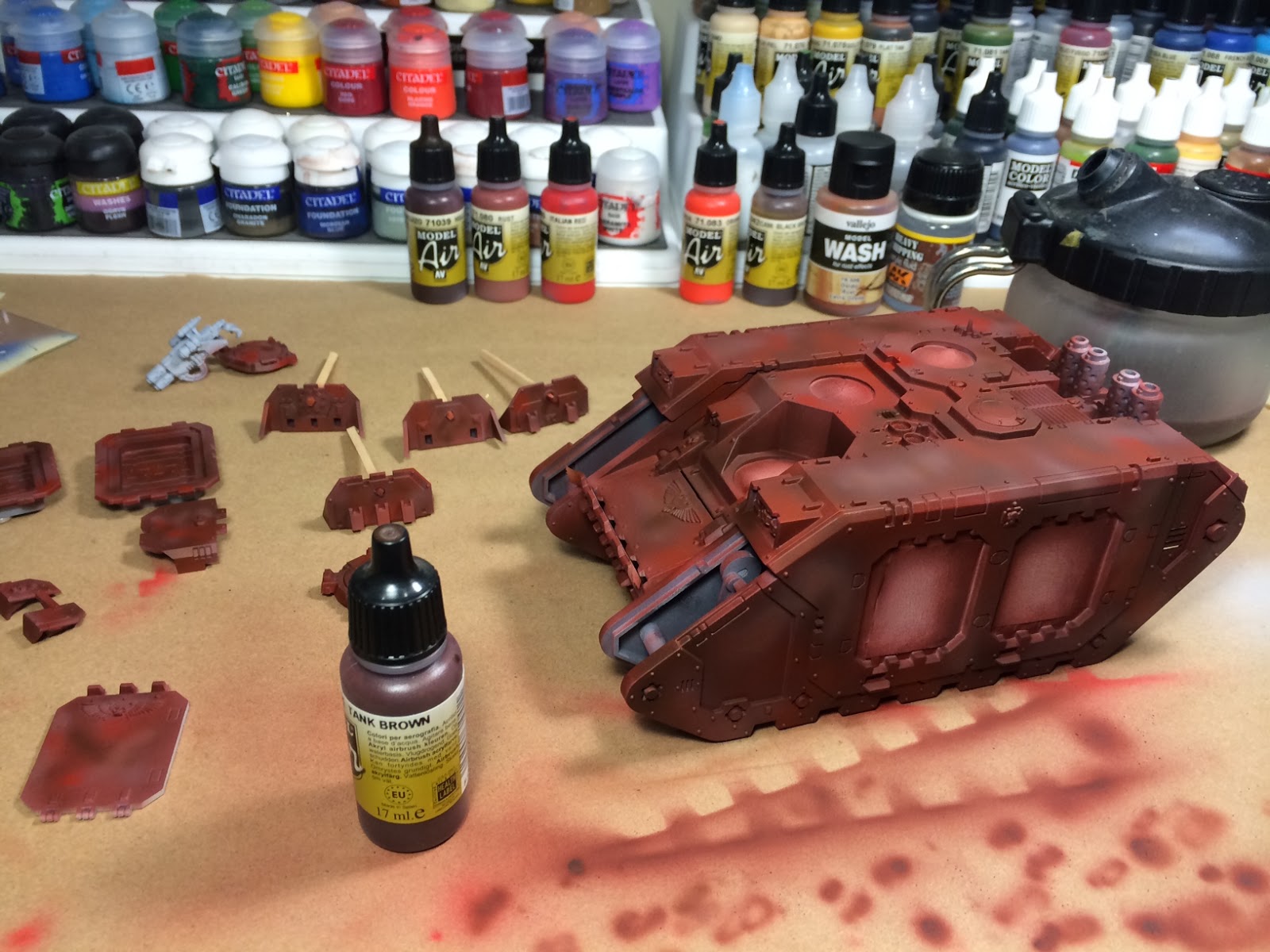 Next was some random, light patches of VMA Tank Brown. This was done just for a little color variation in random spots around the model. 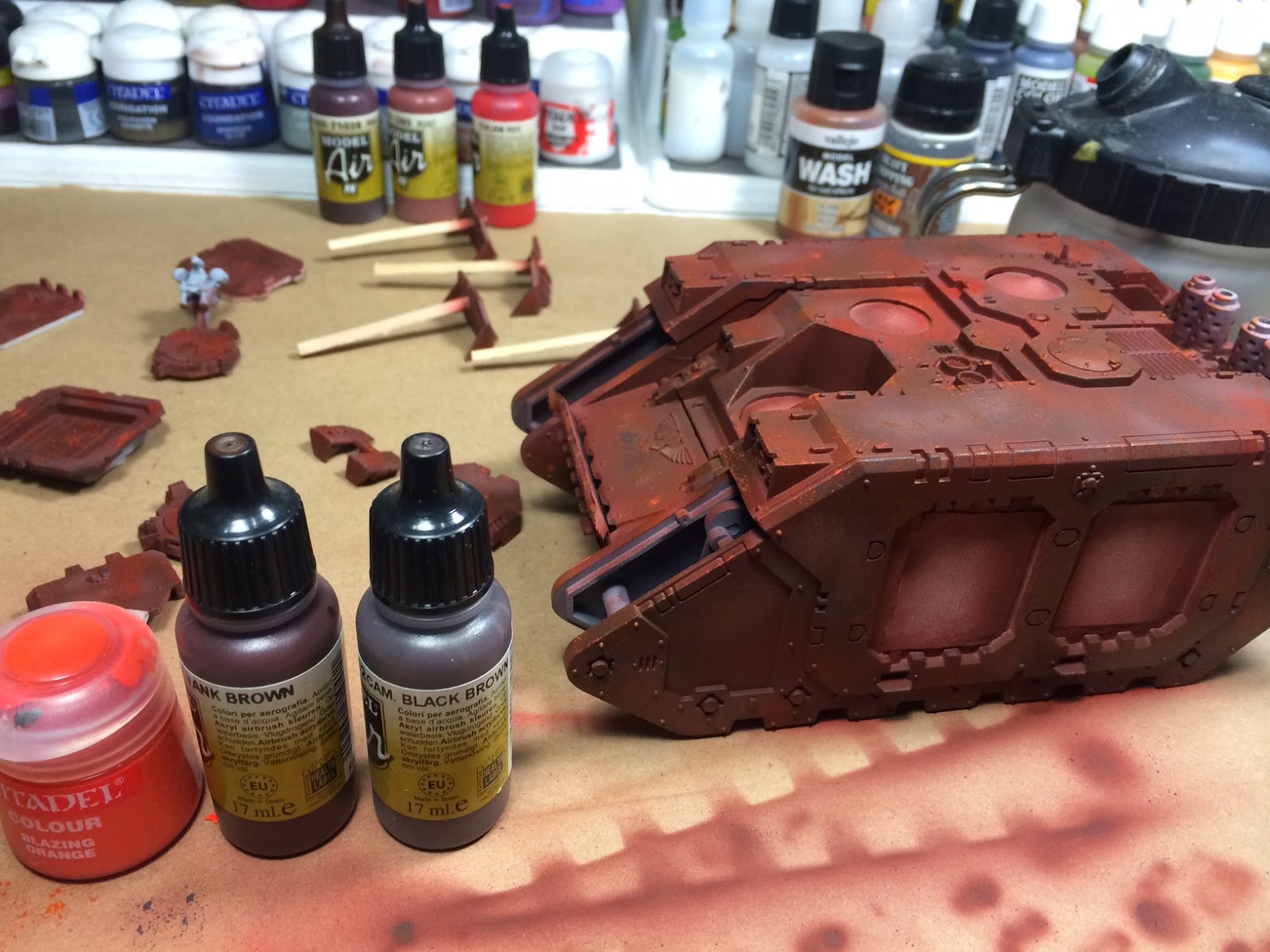 With all of the basecoat complete, I moved on to the sponge chipping. This was done in three layers; the first was a mix between GW Blazing Orange and VMA Tank Brown, GW Blazing Orange, and VMA Camo Black Brown. These were applied across the entire model with extra chipping on areas I knew would be exposed, such as edges on the armor. 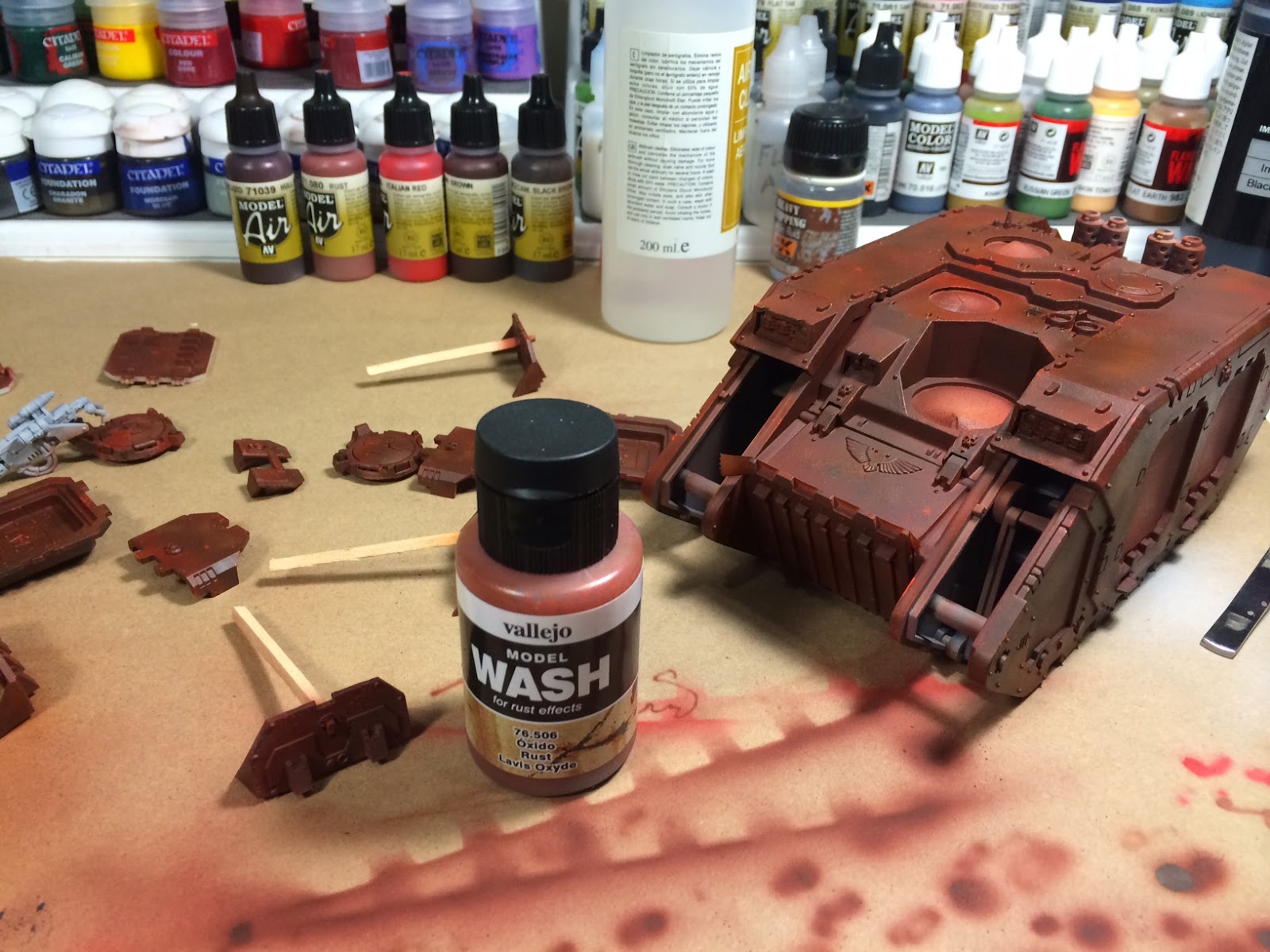 The final layer of color applied to the model was Vallejo Model Wash Rust. I applied two coats with the airbrush and used this as a filter to bring everything a little closer to a more natural rust color.

After the filter was dry, I gave the model a coat of Liquitex Matte Varnish and allowed it to dry. I then gave the model two coats of AK Interactive Heavy Chipping Fluid and left the model to dry for a hour or so. 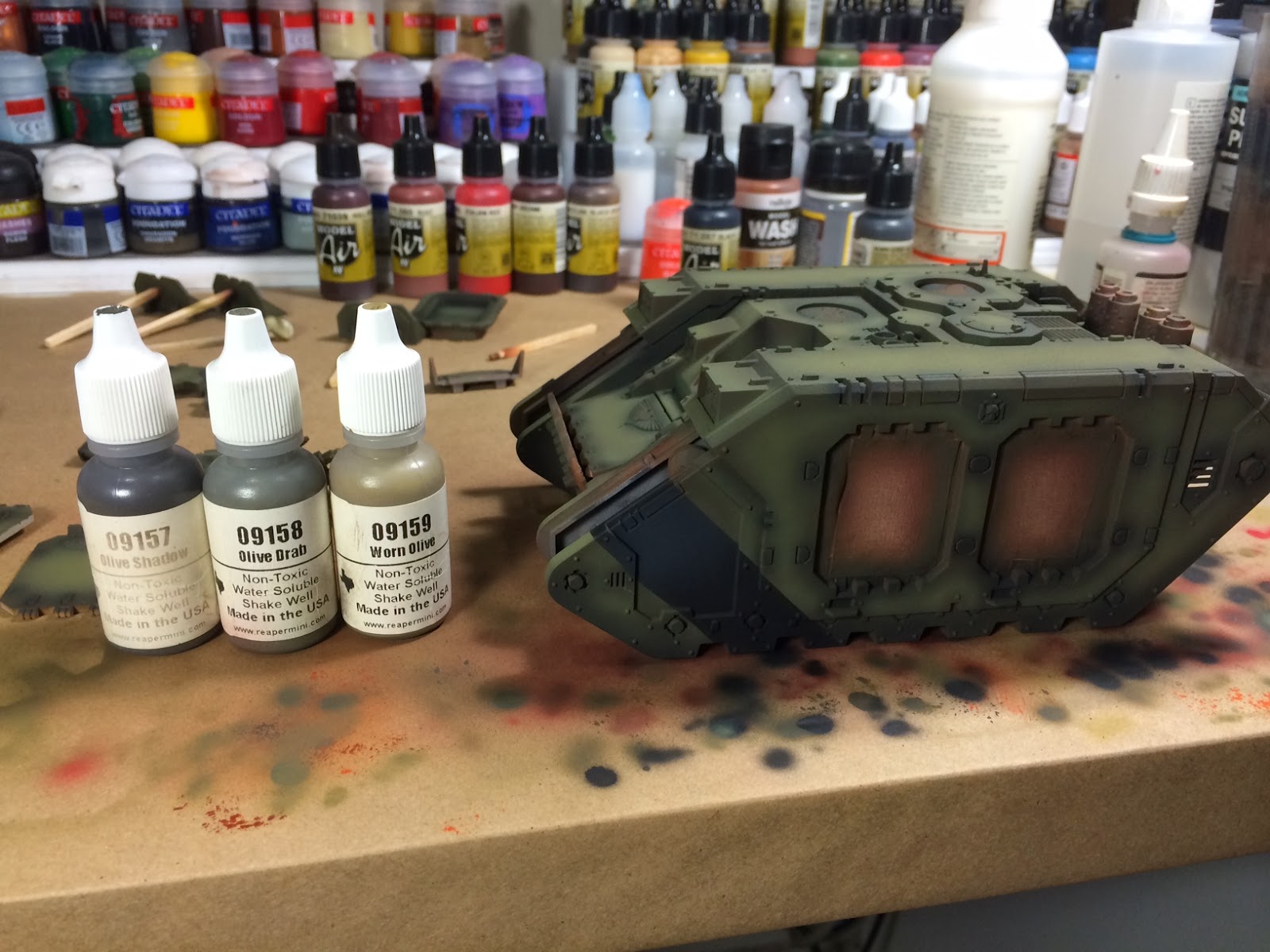 After everything was allowed to dry for a couple of hours, I started the chipping process. I sprayed the areas I wished to chip with clean water through my airbrush and let it set for a couple minutes. I then used a Citadel Small Drybrush dipped in clean water and began chipping the paint with extra attention paid to areas I felt would receive the most wear, such as edges of armor, hatches, and the lower portion of the tank. After I was satisfied with the result, I allowed the model to dry overnight and gave the model a coat of Liquitex Satin Varnish to seal the model.

This was the end result: