In my lull between commissions, I got some much needed time to work on some personal projects! As previously shown, I managed to finish Darth Vader's TIE/x1 with a majority of the paint work being completed in the span of a day. Fine Mold's TIE kits just go together so easily!

With the TIE fighters done, I moved on to the 1/72 X-wing. Like every Find Molds model, they go together very well with very few seams or gaps to worry about. The only area that I am concerned about is where the butt plate meets the fuselage behind the S-foils; that area will most likely need some filler. 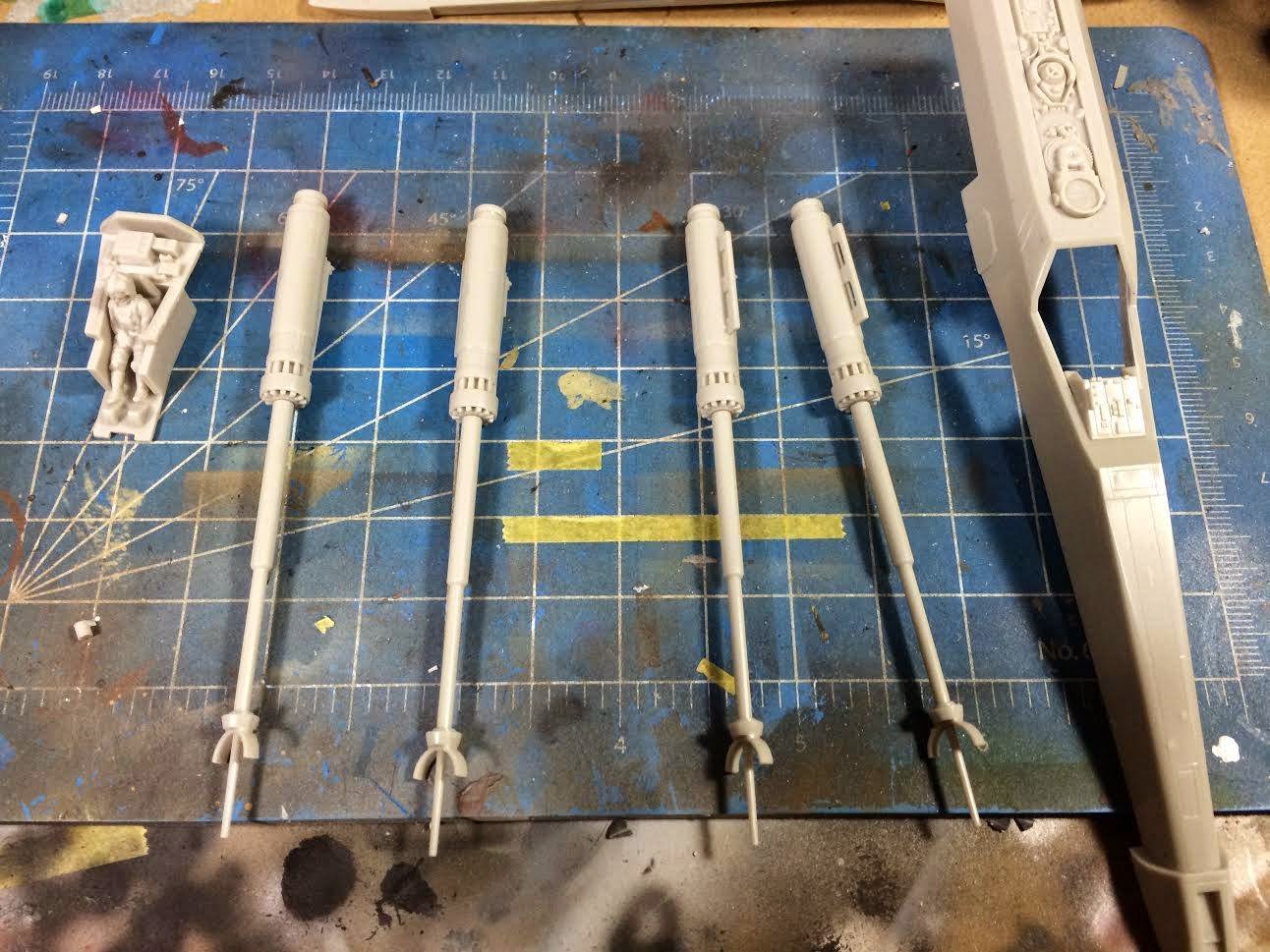 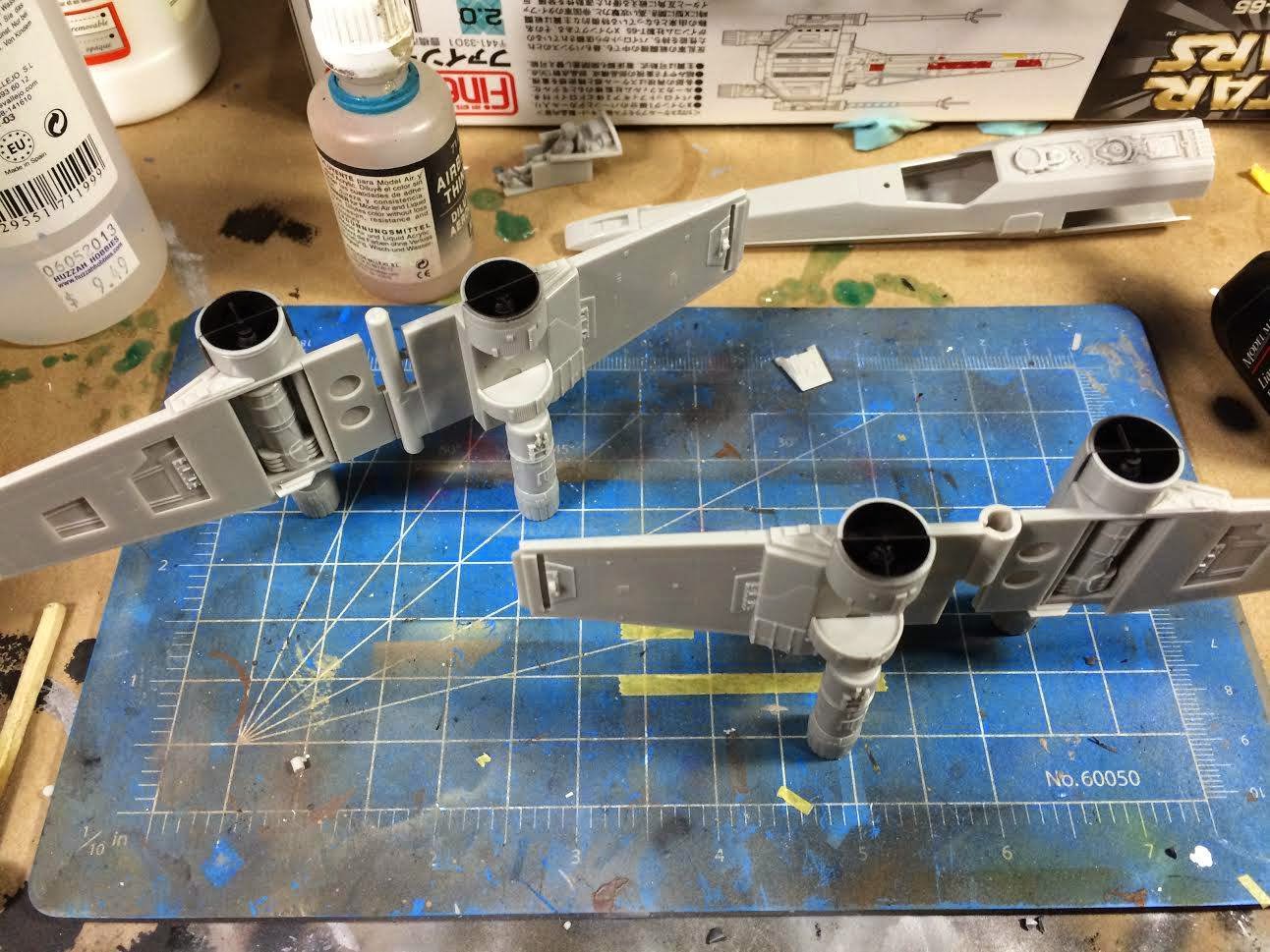 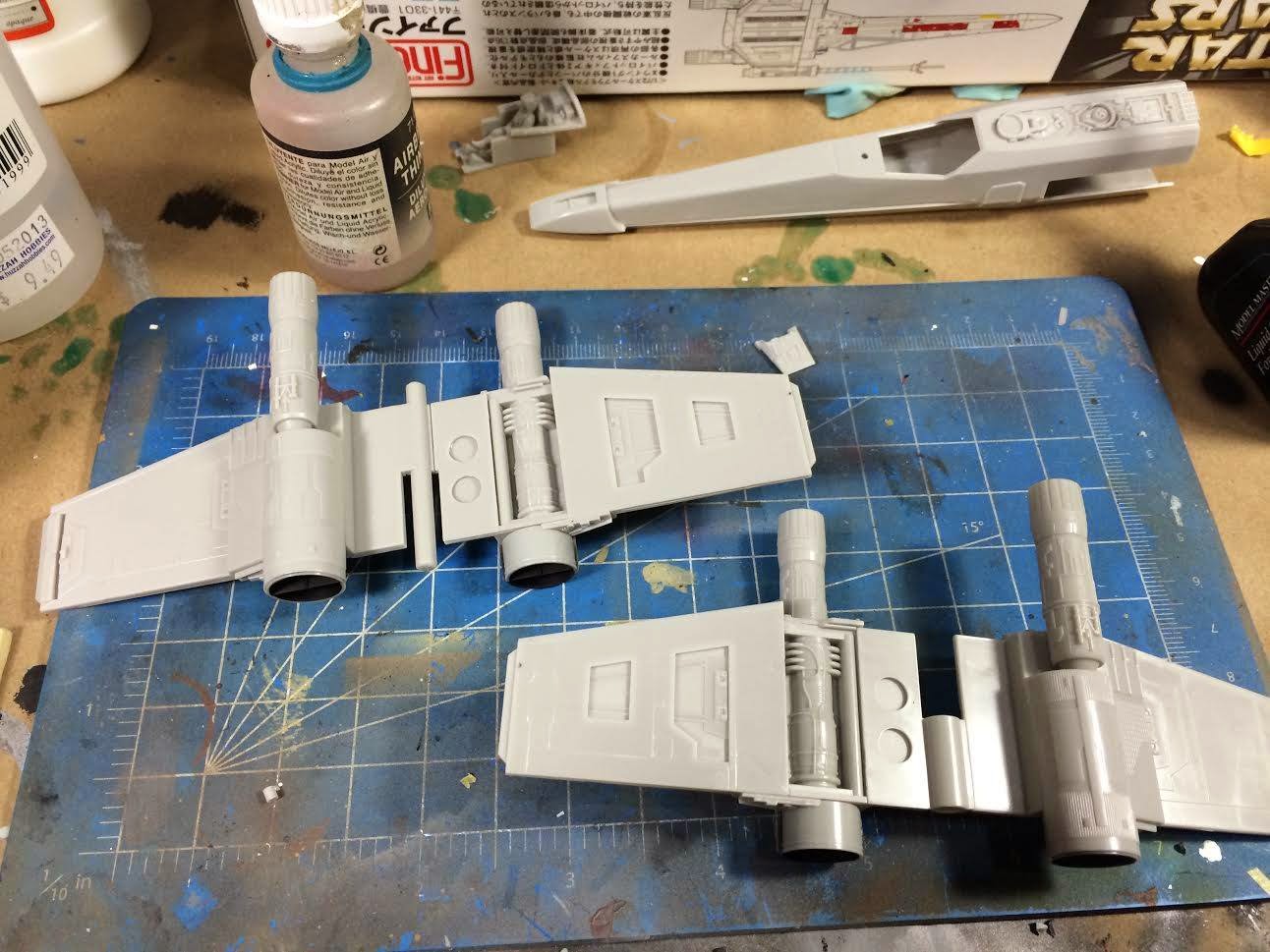 I managed to get most of the craft built in a couple of hours. The engineering on this kit is great; you can build, paint, and weather the S-foils separately before joining them with the fuselage. I opted to leave off the laser cannons so I don't run the risk of damaging them. I then began priming all of the parts with black Vallejo Surface Primer. I am also painting the landing gear because I haven't decided if I want to display the craft in flight or not. You also get two canopy options; one closed and a two-part one if you want to display it open. 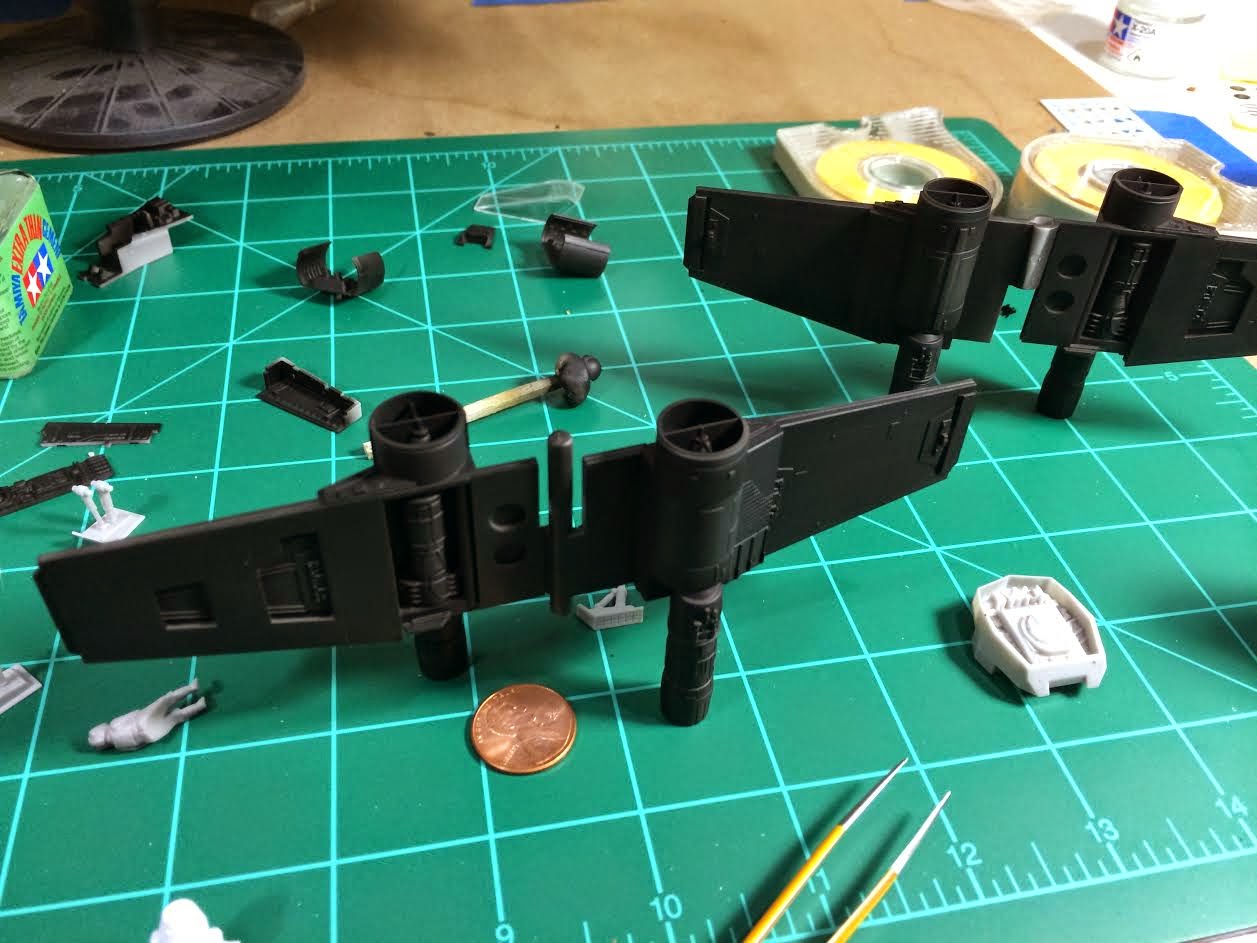 Depending on which X-wing you build, there will be a couple left over astromech heads you can put on a the droid body that comes with the kit. Since I am painting this particular X-wing as Luke's Red Five, I used the R5 droid head to make this little fella. I'm not sure what I will end up doing with him, but I couldn't help but build him as I've always had a soft spot for the R5 series of astromech droids. This tiny droid gets at least five separate decals too!