The Incom T-47 airspeeder was an atmospheric craft originally designed for industrial cargo handling. The craft came in to prominence during the Galactic Civil War when it was heavily modified for cold weather by the Rebel Alliance for use on the ice planet Hoth. Although the T-47 had been armed with Ap/11 laser cannons, Rogue Squadron found these proved ineffective against the heavily armored Imperial AT-AT walkers while defending Echo Base during the Battle of Hoth. Luke Skywalker, flying as Rogue Leader, instructed his squadron to use the harpoon and tow-cables on the T-47 to target the vulnerable legs of the Imperial walkers. This proved effective in disabling the massive AT-ATs and giving the Rebel fleet time to evacuate the installation.

This wonderful Fine Molds kit is one of their three 1/48 scale releases and the only one not represented in another scale. It's a good thing too, because even at 1/48 scale, this model is tiny: the hull measures less than 4" long. However, like all Fine Molds kits, the diminutive size of this model doesn't mean there is a loss of detail. All of the panel lines and greebles are crisply reproduced by Fine Molds with their usual attention to detail.

The kit comes with five sprues: four molded in grey styrene and one clear sprue. The canopy is a two part construction with the clear pieces housed underneath the canopy frame. This gives the modeler the option of leaving the clear pieces out of the canopy to accurately represent the filming model. Two Rebel pilots are also included for the finely detailed cockpit. Another neat feature is the option to model the air brakes in an open position to give the effect of the craft in flight. It's a nice touch that can lend itself well to using the model in a dynamic display or diorama. The kit is also supplied with a decal sheet featuring both the orange and grey markings seen in The Empire Strikes Back. Just as in the other Rebel Alliance model kits, these decals reproduce the chipped paint that the filming miniatures had. Like all Fine Molds Star Wars kits, this model is also supplied with a display base. 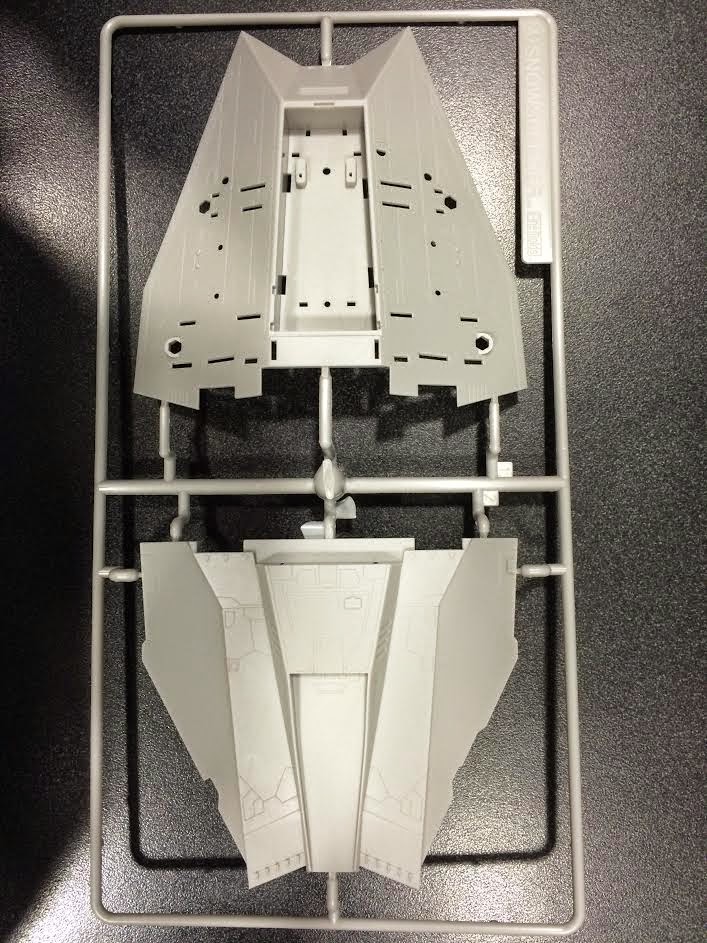 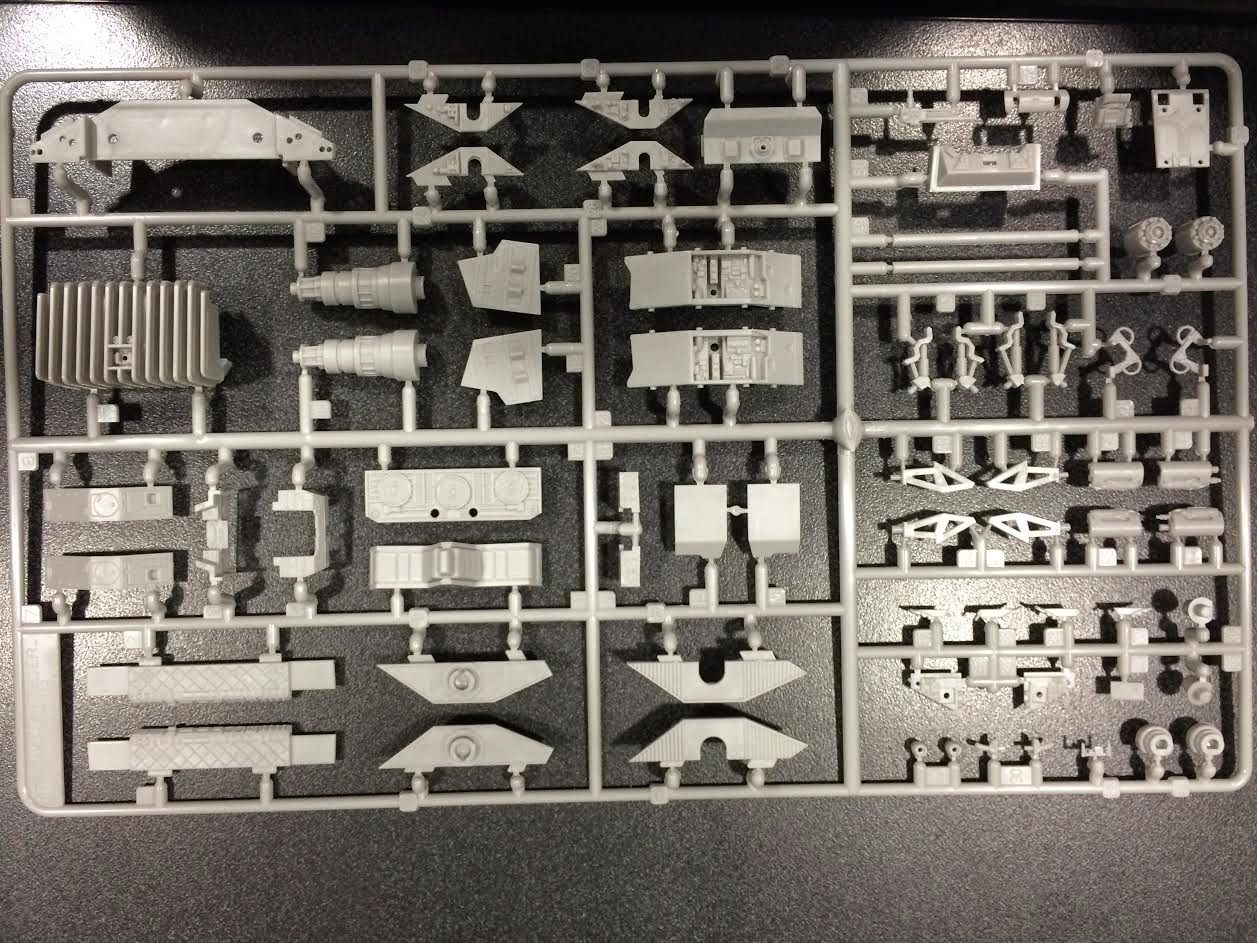 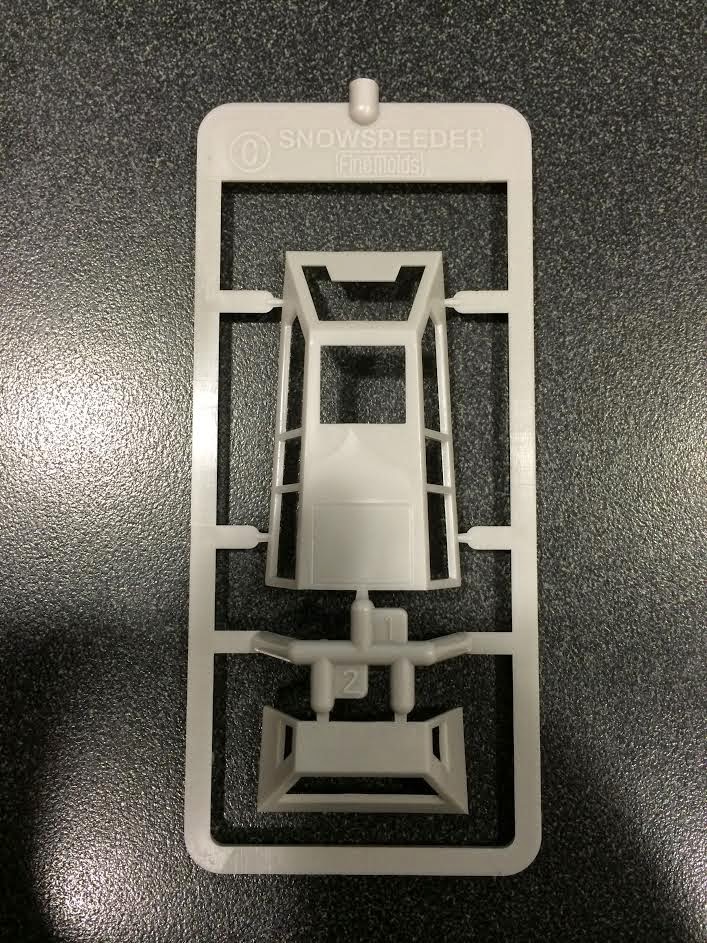 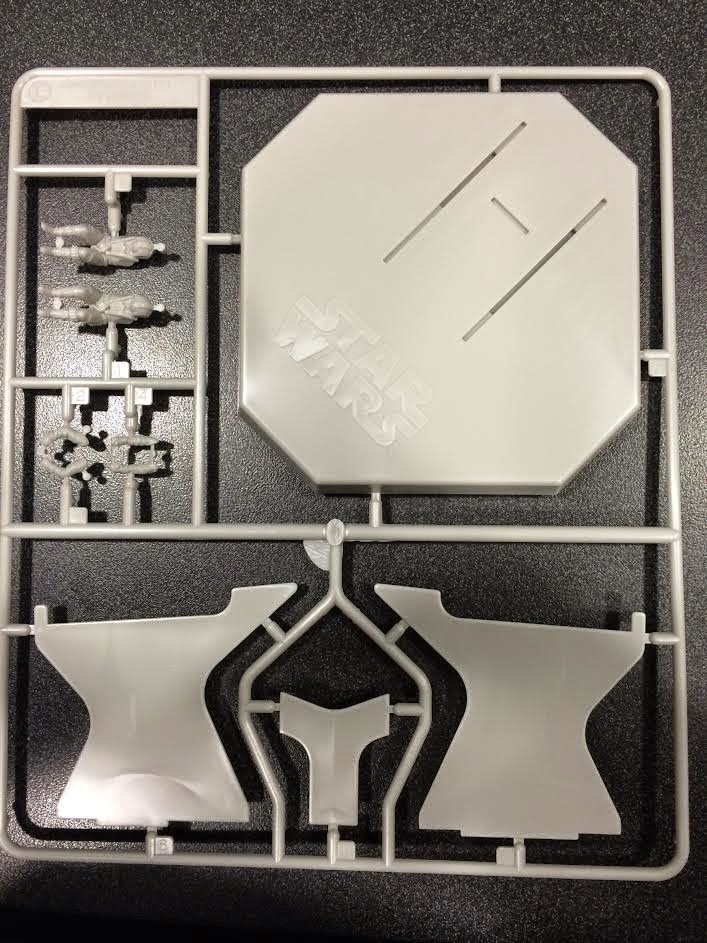 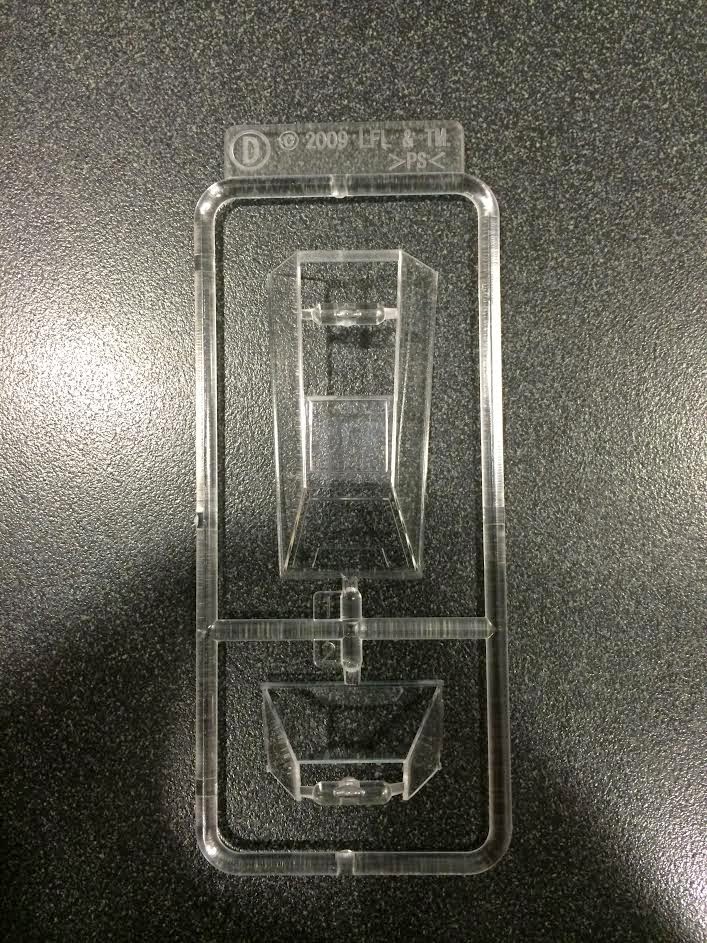 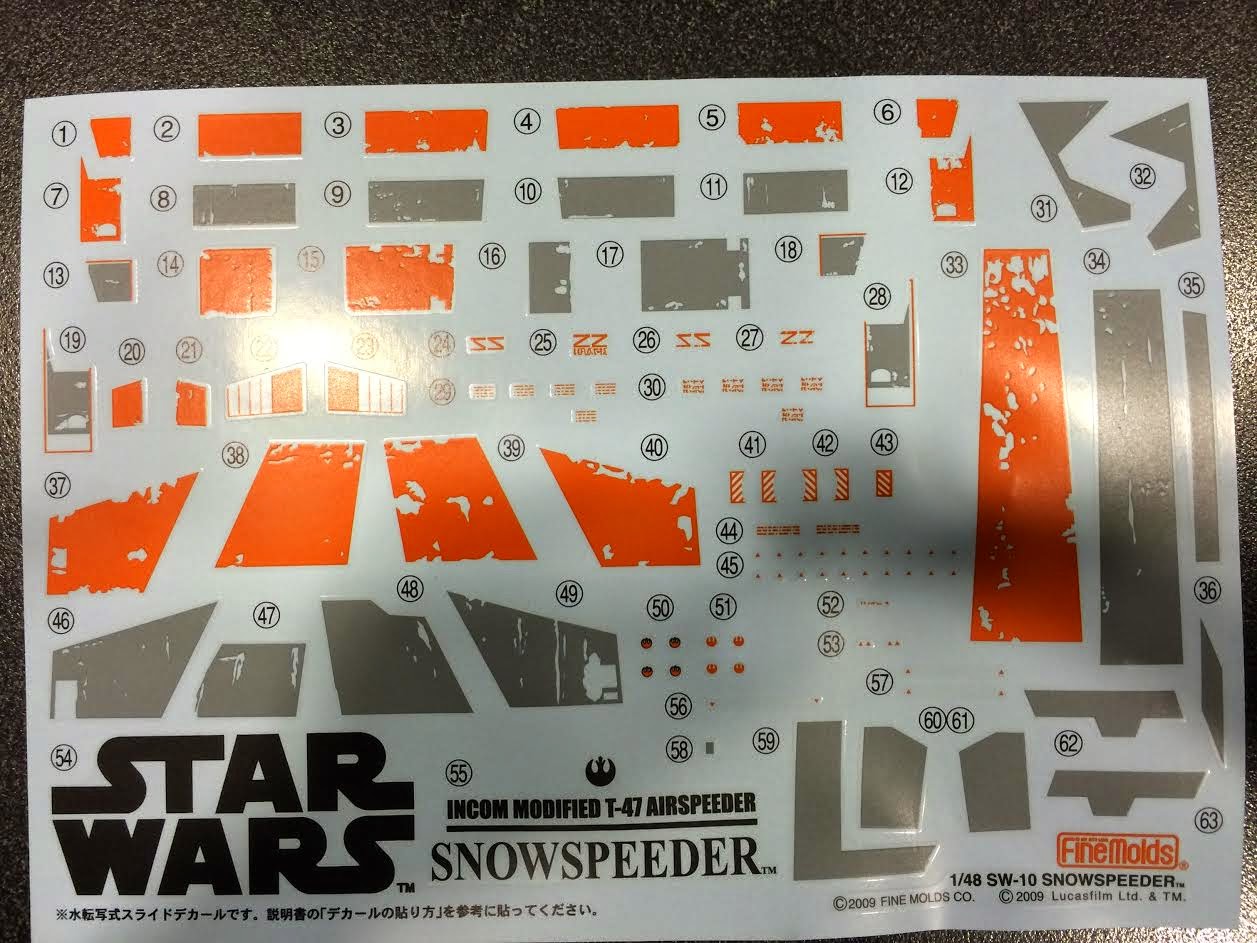 This is another wonderful kit by Fine Molds! The model well molded, easy to assemble, and accurate all the way down to the placement of the paint scratches on the decals. It is a shame that they no longer carry the Star Wars license, I would have loved to see them tackle some of the underrepresented subjects in the Star Wars Universe (I'm looking at you, B-wing...). This kit should prove to be another fun build and I look forward to getting started on it.

For those interested, I purchased this kit from Dragon USA Online. They are one of the only places that currently sells this kit anywhere near the original retail price. Most other online retailers are selling it for $60+ or no longer offer it. If you are looking to add it to your model collection, now would be a good time before it is no longer available.
Posted by TJ Haller at 12:31 AM