Slave I is easily one of the most iconic ships from the original Star Wars trilogy. The personal starship of the enigmatic bounty hunter Boba Fett, it first appeared in The Empire Strikes Back where Fett used it to track Han Solo to Cloud City on the planet Bespin.

The ship began its life as a Kuat Systems Engineering Firespray-31 patrol and attack craft before being stolen by the bounty hunter Jango Fett. After his death during the Battle of Geonosis, the craft was passed to his son, Boba, who would use it to great effect during his career as one of the most notorious bounty hunters in the galaxy. While in possession of the Fett's, the craft was given numerous upgrades to its engines, avionics, and weapon systems. The upgrades to its engines gave it sublight speeds rivaling that of the BTL Y-wing starfighter, an impressive feat for a ship this large, while the upgrades to the sensors and jamming array made the ship invisible to other starship sensors, allowing Fett to easily slip into the most secured areas. Most importantly, the weapon system was expanded to allow the ship to equip proton torpedoes, concussion missiles, Void-7 seismic charges, and an ion cannon in addition to the standard heavy blaster cannons: an impressive amount of firepower contained in one ship.

This kit was the seventh entry into Fine Molds outstanding line of Star Wars model kits and their second large ship model kit, after their impressive Millennium Falcon kit. Like the majority of other kits in this range, Slave I is finely molded in a light grey styrene and nearly devoid of flash or mold lines. Injector pin marks are only on areas that will not be visible when the model is complete, meaning almost no filling and sanding is needed. The only major seam on this kit runs down the middle of the hull where the two halves are joined; filler is a must to eliminate the seam. Luckily, there are few panel lines in this area so sanding them down shouldn't prove much of a problem, especially if you are careful. This is a large kit: there are ten sprues, including the one that contains a stand for the model to be displayed in its upright flying position. Also included are two Boba Fett miniatures: a seated one for the cockpit and a standing one to attach to the base. There is also one small decal sheet that contains the small yellow, white, and burgundy markings found on the ship. The kit is also supplied with extensive color-printed painting guide, a nice touch considering most of the time spent completing this model will be used replicating the complicated color scheme. Since this was a first production kit, it also came with a limited edition Han Solo frozen in carbonite cast in white metal. This addition will no doubt look great positioned next to Boba on the display base! 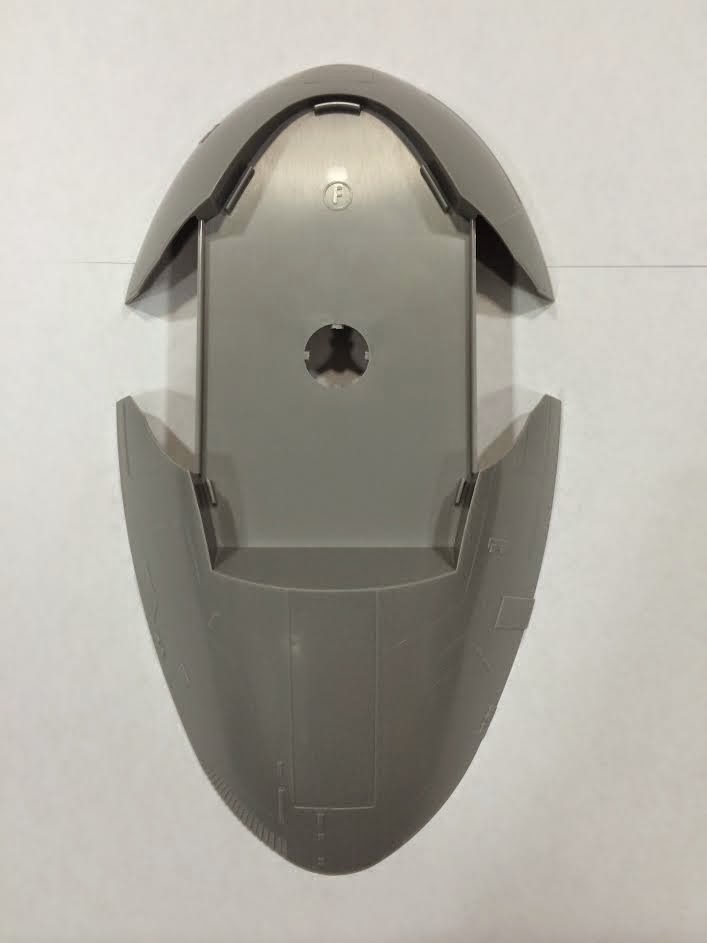 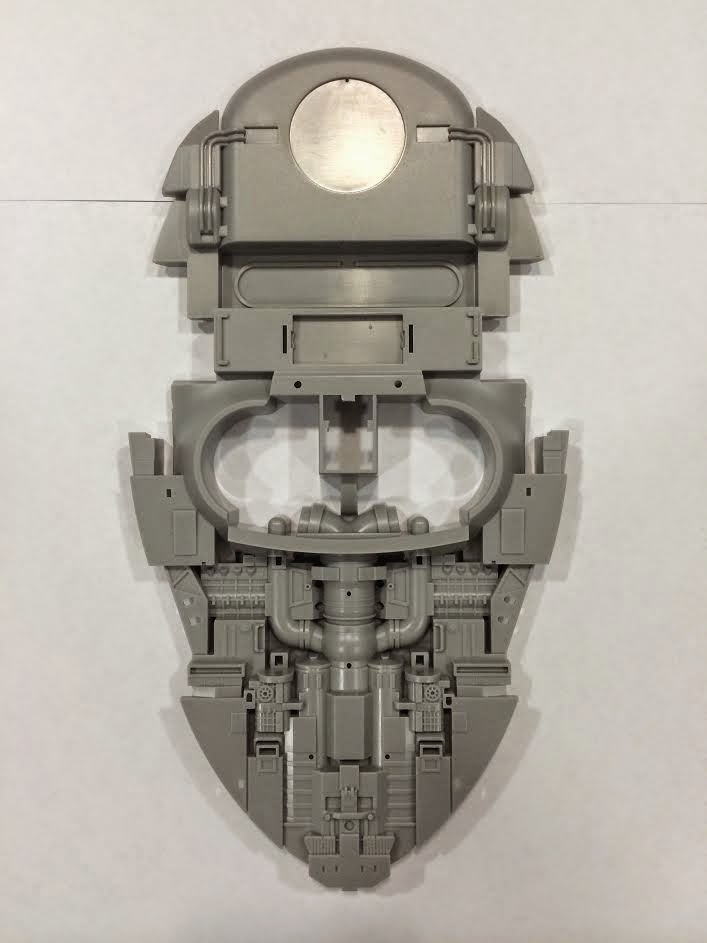 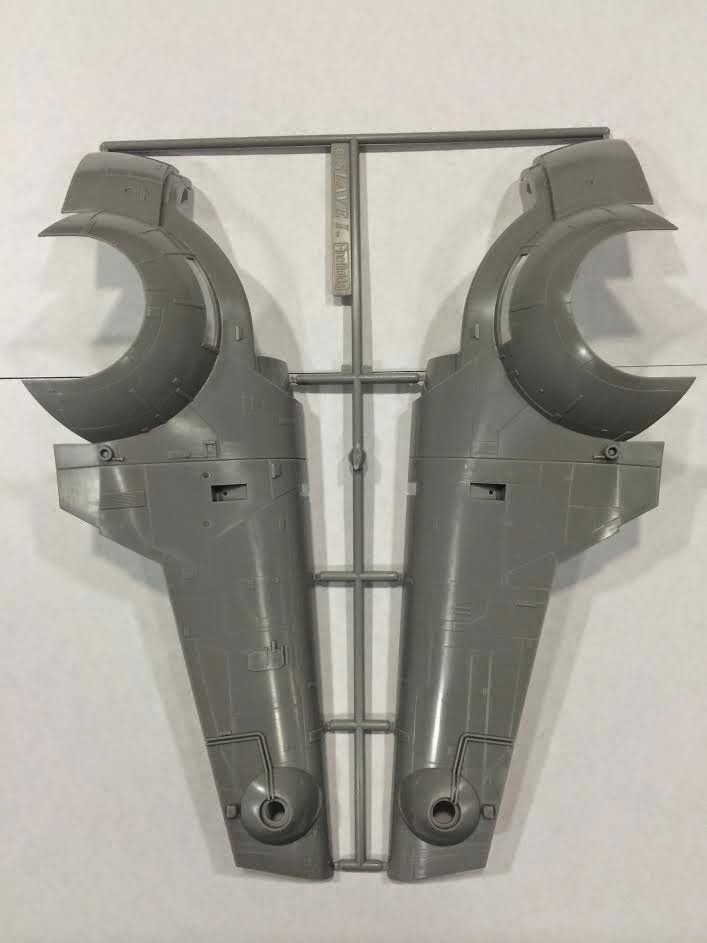 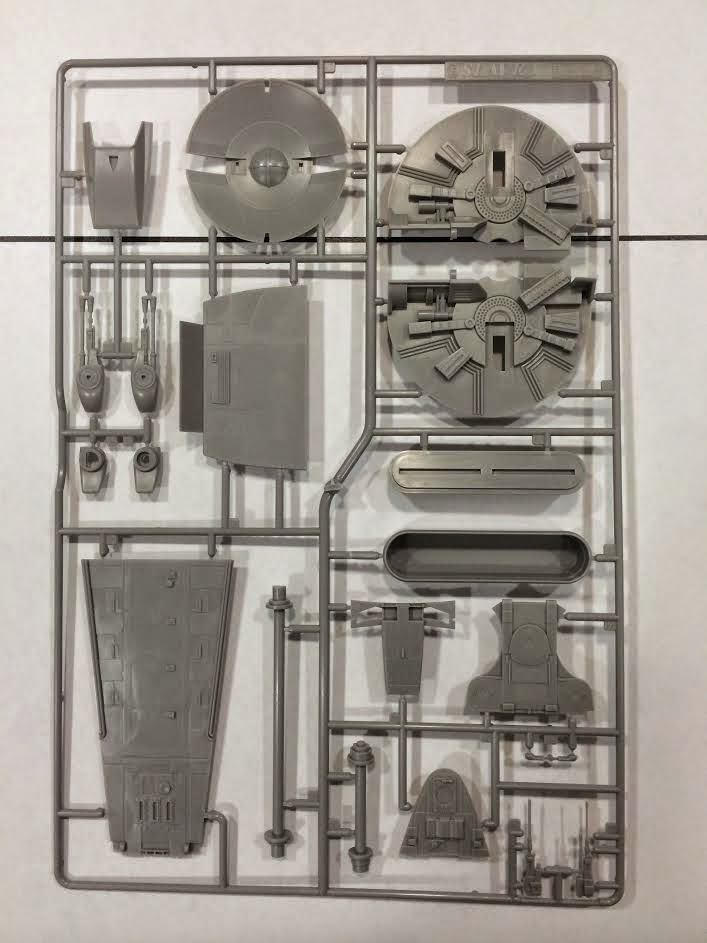 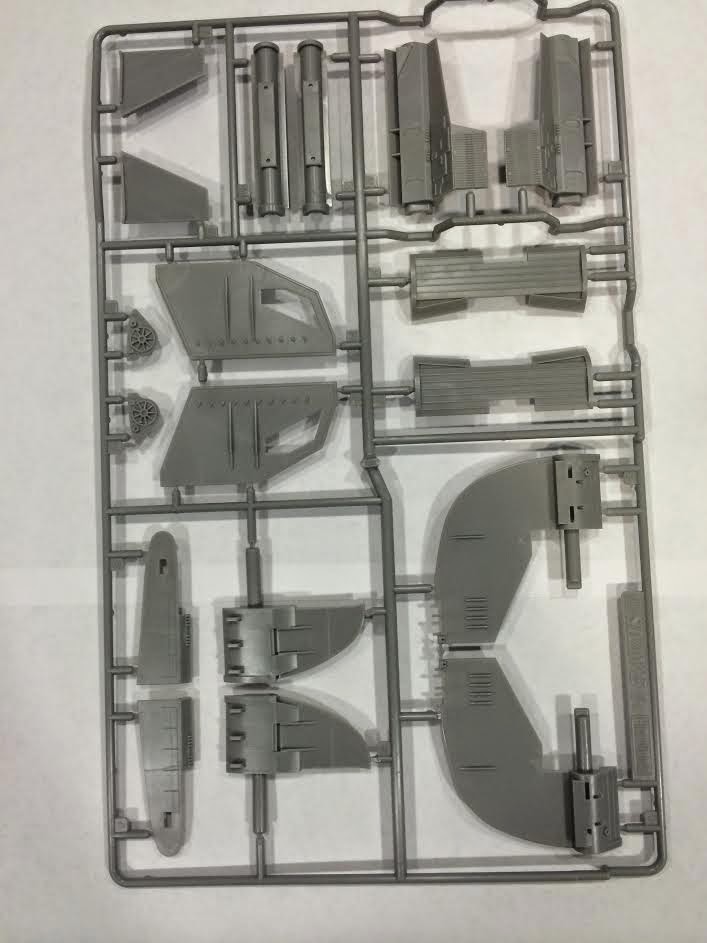 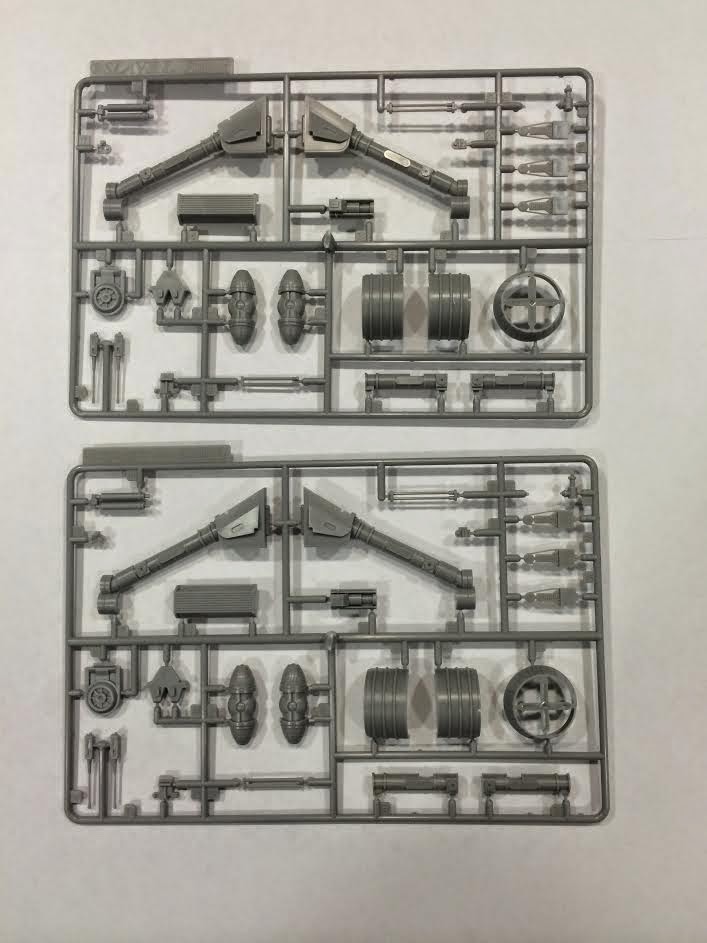 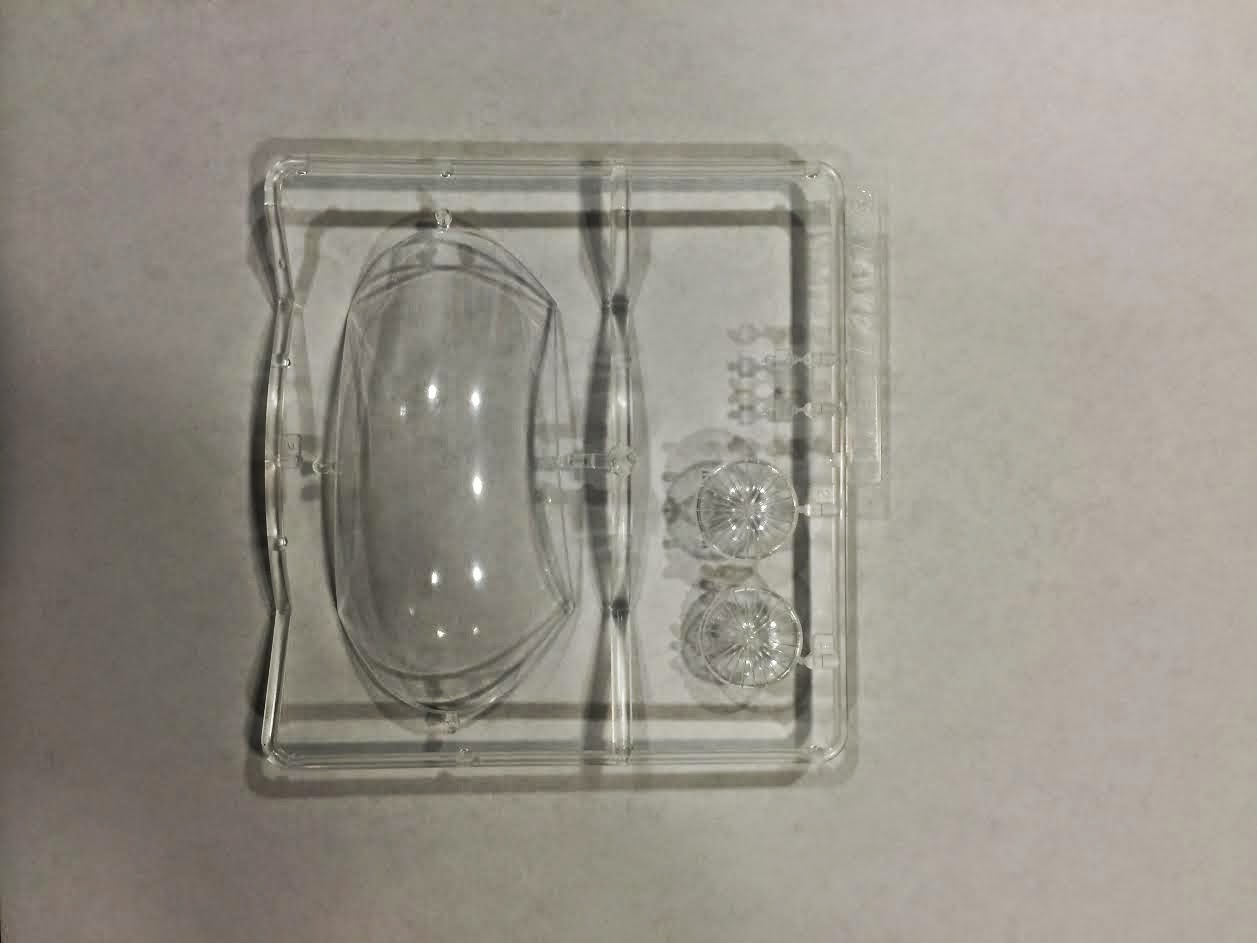 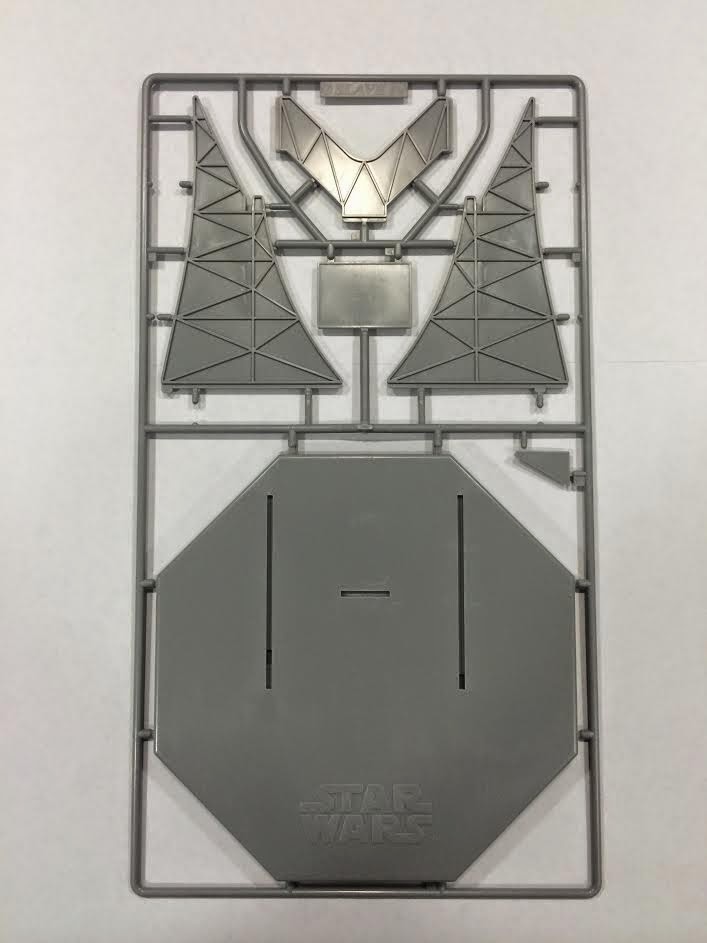 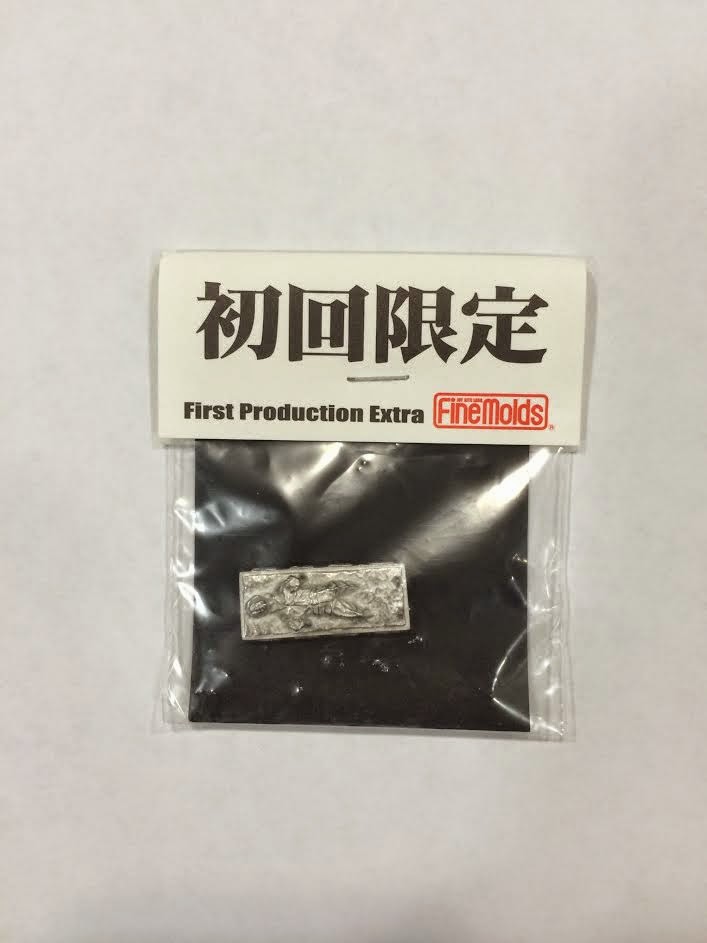 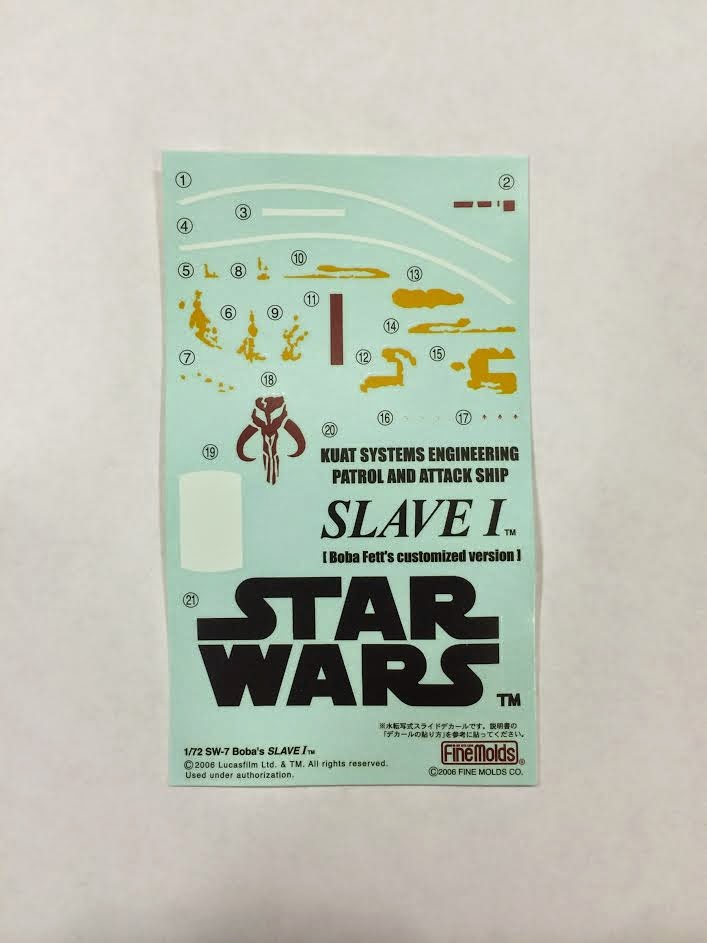 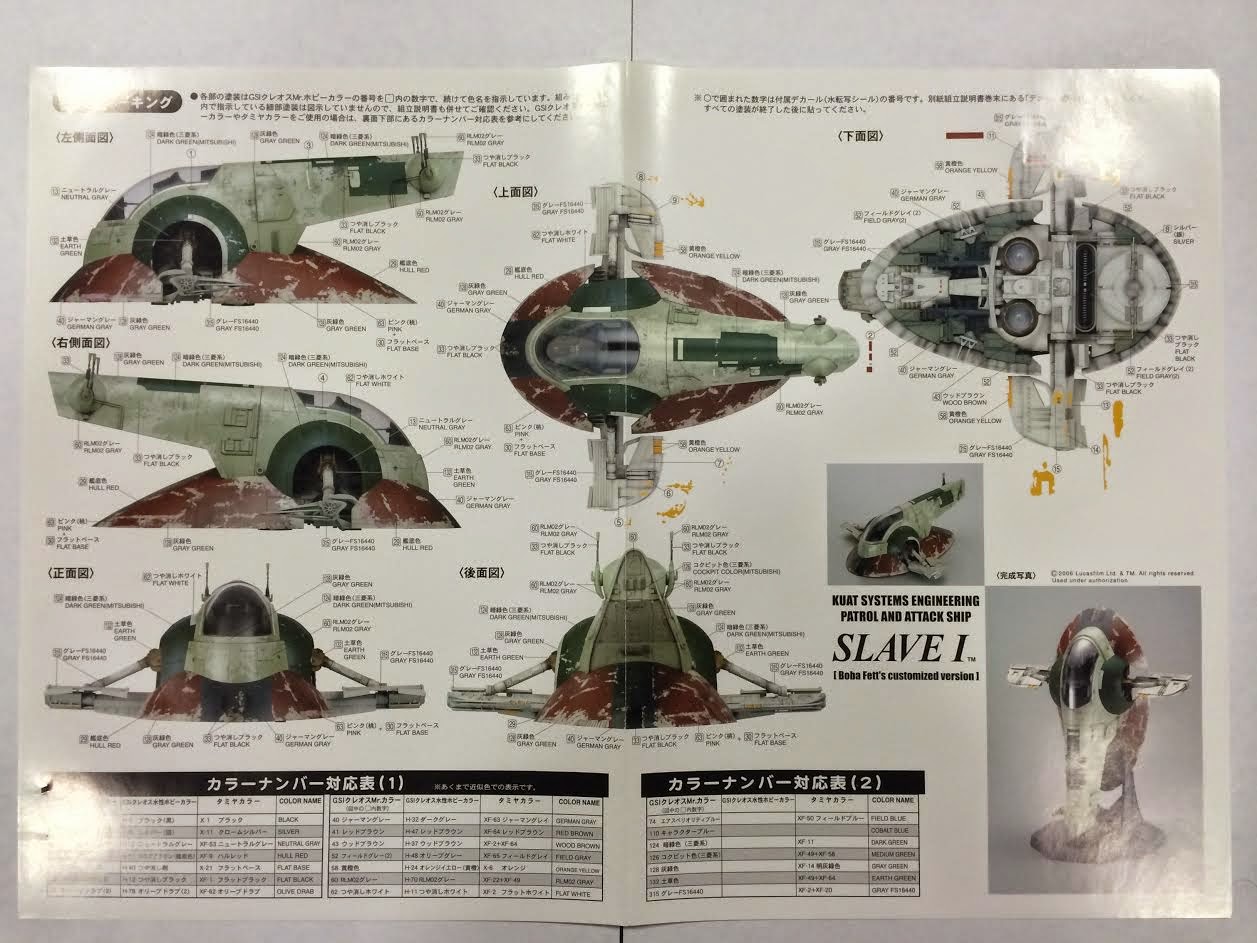 I think it goes without saying that Fine Molds hit this one out of the park. Between the superb engineering and the intricate details, this kit is outstanding. It is a kit truly worthy of the most feared bounty hunter in the Galaxy!