I received the next round of models from my client this week, a space marine Stormraven gunship and an Imperial Knight-Titan. These were bought second hand, which in my experience usually means poorly assembled and often with missing pieces. Unfortunately, these modes lived up to my low expectations.

The Stormraven is in two major pieces plus the engines. The bottom hull is one piece and the top hull/wings is the other. Of course, the cockpit was incomplete and glued shut. Luckily I was able to remove it with little to no damage to the pieces. I spent over an hour sanding all of the glue off the model. It appears it was put together with something like Tamiya Extra Thin Cement, which is a great glue. The person that put it together "painted" the surface of every joint with the stuff, which is not needed with this glue. To use it correctly, you just have to touch the joint with the brush and capillary action sucks the glue into the joint and you press and hold of a minute and it's done.

I started with the Stormraven, which as previously mention, was mostly assembled. Of course this makes painting the interior somewhat difficult. Luckily, the inside of the model is pretty large so I was able to get a nice coat of grey Vallejo Surface Primer down to begin painting. This is an instance where priming with an airbrush really pays off; there is no way I could have primed the interior with a spray can. After I allowed to the primer to cure for 24 hours, I gave the entire interior a couple of coats of my chosen interior green color: a 1:1 mix of Vallejo Model Air Pale Green and Vallejo Model Air US Grey Light. I chose this color based on the interior of modern APCs and IFVs, which are a light greenish color. I gave everything a coat of Future and after that dried, a wash of 502 Abteilung Starship Filth and then cleaned up the excess with a makeup applicator and odorless turpenoid. This was the result: 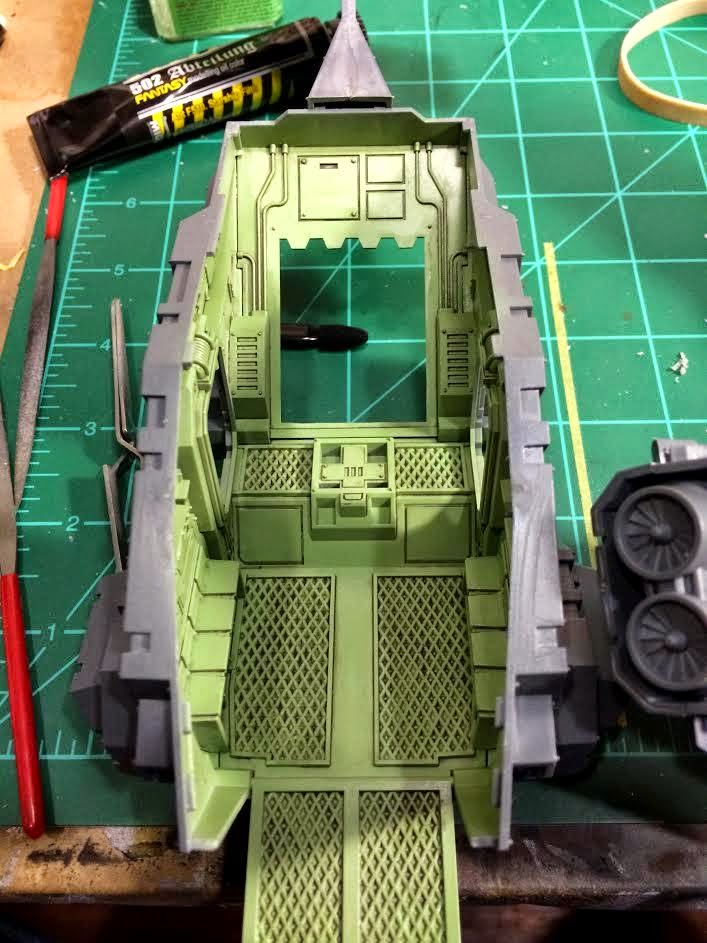 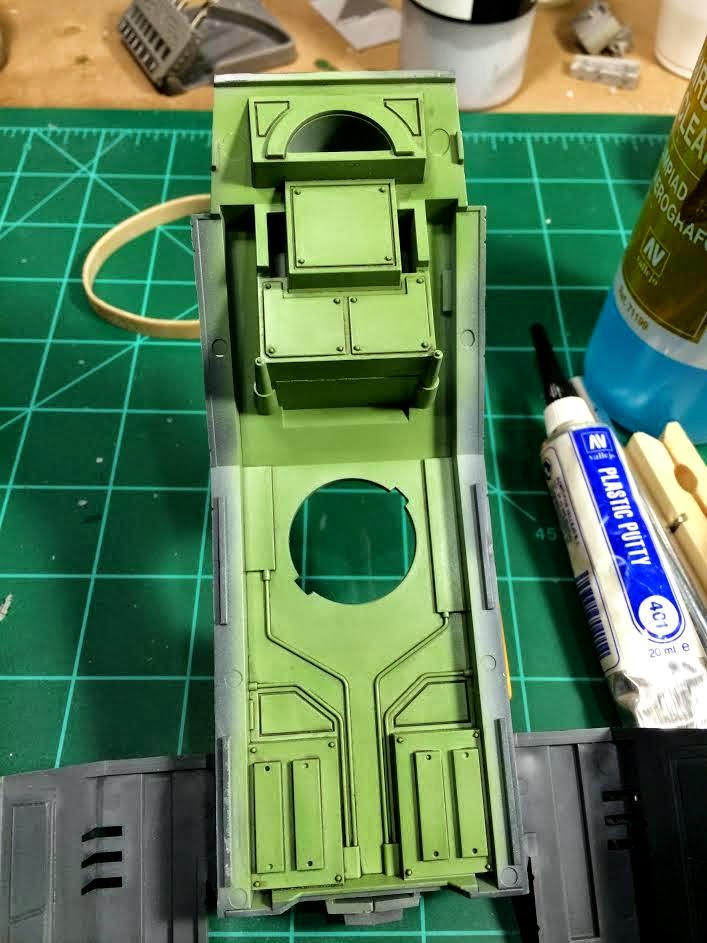 After the oil dries overnight, I will seal it in with matte varnish and begin painting the details by hand. I will also spray the the metal grating with VMA Gunmetal just for a little variation. After the details are painted, I will give the interior a little bit of sponge weathering and some pigments before it gets closed up.