After the oil paint had dried, I sealed everything in with matte varnish to protect it from the next layer of work to go in. I painted the steel grating with a 1:1 mix of Vallejo Model Air Steel and VMA Black, which as slowly become my go-to color for steel. I then painted all of the various details like the seats and the computer panels. I would normally do a gem effect for the screens like I did with my Land Raider, but given the fact that the interior was already assembled and getting my airbrush to the right angle would prove tricky, I just left them black. I then did two layers of sponge weathering, first using VMA Camo Black Brown and the second layer with VMA Black. I used various earth tone pigments to simulate dirt and followed everything up with some Tamiya Gun Metal pigment for the most worn corners and Tamiya Steel pigment for the metal grating. 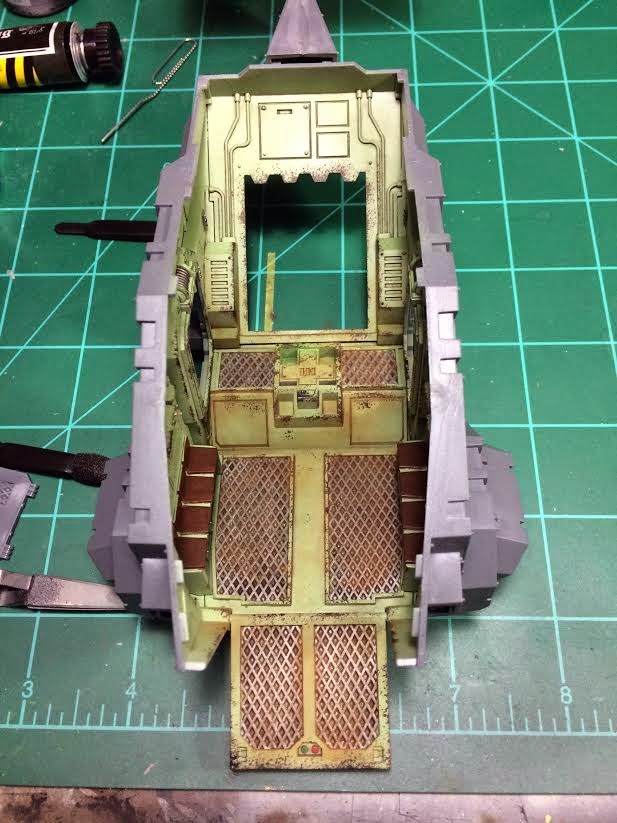 I assembled the two hull pieces and glued them together with Tamiya Extra Thin cement and allowed it to dry using rubber bands to hold everything together. I then gave the entire model a coat of grey Tamiya Surface Primer from a rattle can. This primer is fast drying and gives a wonderful surface to work on. I chose the rattle can as opposed to my airbrush because of the large surface area of the model and because it takes to sanding much better than Vallejo Surface Primer. This is important because there are already a couple of areas that will require more filler and sanding. 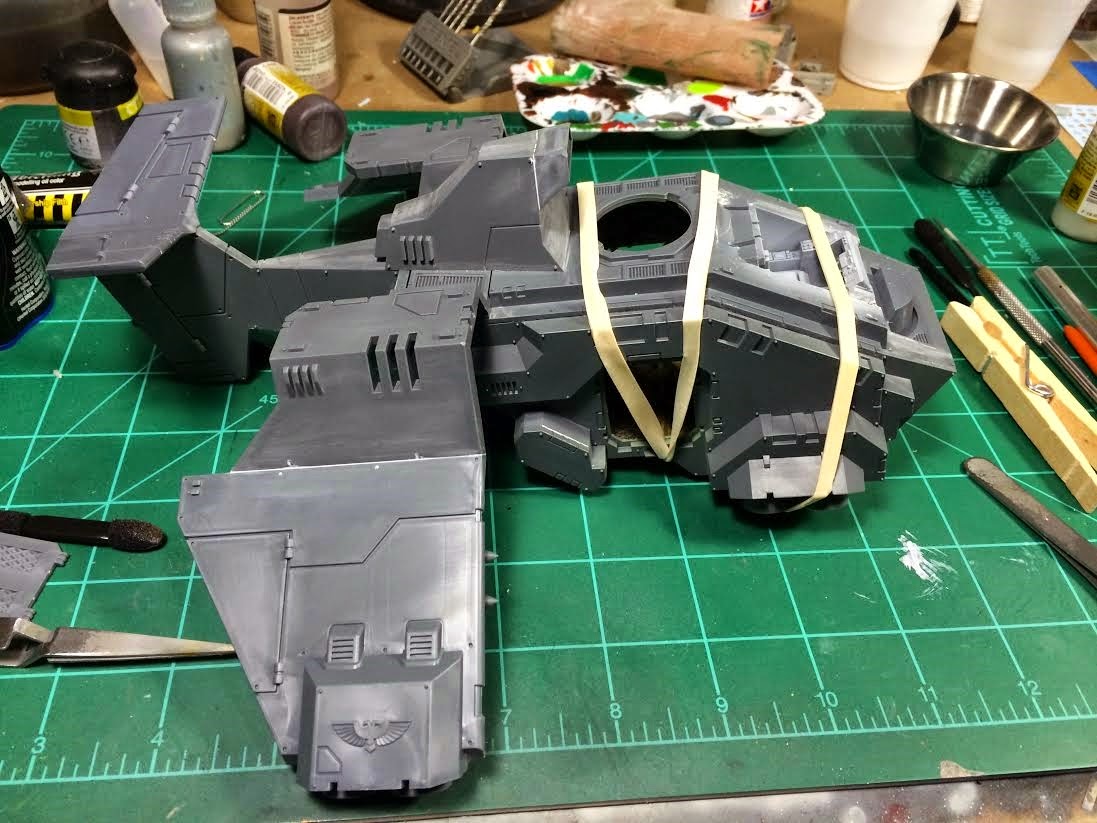 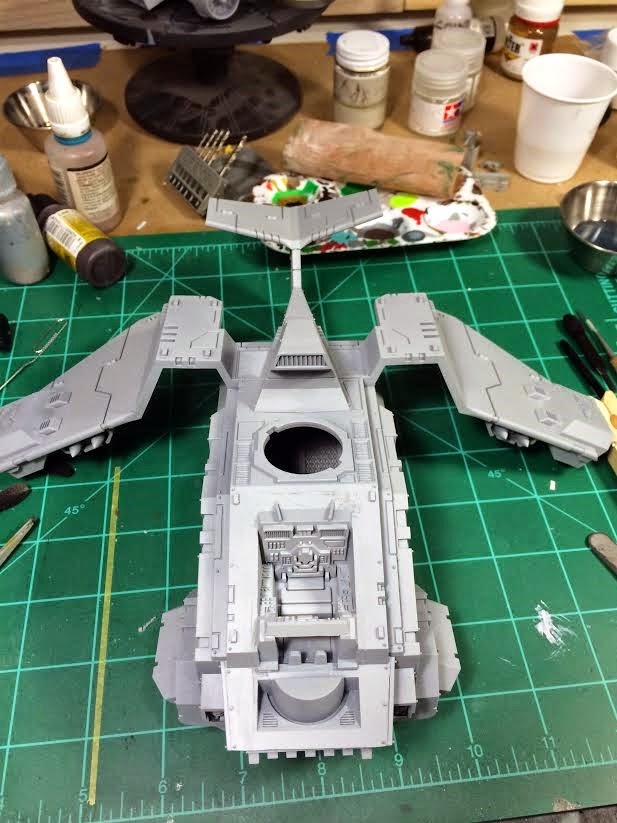